By Eszter Zalan and Andrew Rettman*

EU efforts to reduce the amount of migrants coming from Africa are seeing “first results”, amid flaring political tension on immigration.

The numbers of people in transit in Niger had fallen drastically and voluntary deportations from Libya had more than doubled thanks to EU projects, Federica Mogherini, the head of the EU foreign service, said in Luxembourg on Monday (19 June).

The EU, the International Migration Organisation (IOM), and the UN had also sent 4,500 people back home from Libya in the first few months of this year compared to 2,000 in all of last year.

Mogherini said the deportees freely “chose” to go home and that the EU gave them logistical and financial support.

She added that the Libyan coastguard, with the help of EU advisors and boats, had recently rescued 16,000 migrants at sea.

The EU programmes in Africa and the Middle East come amid divisions in Europe on how to handle the situation.
Heated exchange with Germany

Foreign ministers from Austria and Hungary held a heated exchange on the issue with “a large EU country” at the EU meeting on Tuesday, Hungary’s Peter Szjiiarto told press afterward.

He said irregular migration from Africa and the Middle East must “stop” and that people who wanted to live in the EU should be screened at centres in the region instead of in Greece or Italy.

“Just imagine how many people’s lives could have been saved” if that had already been the case, he said, making a link between the refugees and terrorist attacks in the EU.

The Swiss-based IOM says 77,004 people came to the EU via the Mediterranean this year up to 14 June, compared to over 214,000 in the same period last year.

The majority of current migrants, 65,450, were Africans going via Libya to Italy, while 7,967 were mostly Syrians and Iraqis going via Turkey to Greece.

Germany has taken in the most migrants in the EU and supports mandatory quotas for burden-sharing with Greece and Italy.

But Hungary, together with the Czech Republic, Poland, and Slovakia, has boycotted the EU migrant quotas, amid legal action in the EU court in Luxembourg and by the European Commission.

The EU on Monday attributed the new numbers in Niger and Libya to a mixed bag of projects in Africa and the Middle East.

These include so called migration compacts with five African states – Nigeria, Niger, Senegal, Ethiopia, and Mali – which tie EU aid and trade to stemming flows of people.

They also include EU-funded security missions in Mali and Iraq designed to stabilise the countries and curb smuggling as well as humanitarian aid for refugees in Syria.

Mogherini said on Monday that the EU foreign service would consider the deployment of an “advice and assist” mission to work on reform of Iraqi security services “rapidly, within the coming months”. 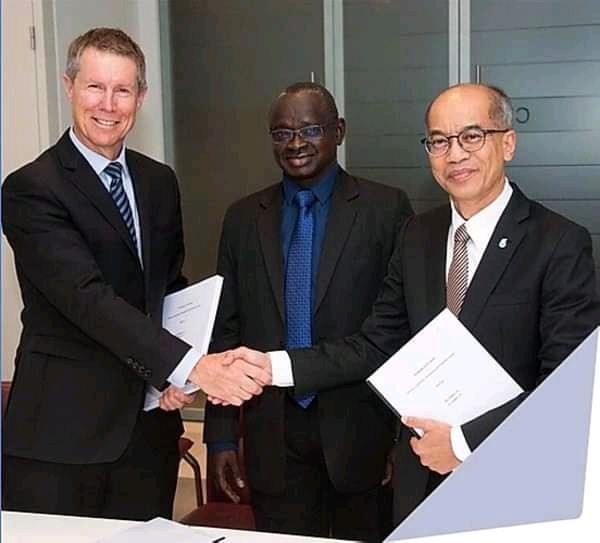