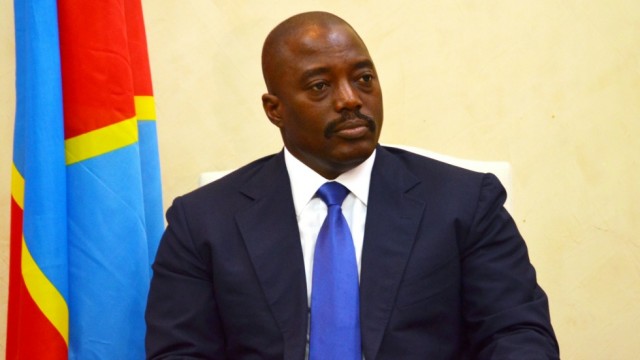 Lobbyists for the Democratic Republic of Congo are courting Washington insiders with a dinner at the Capitol Hill Club on Wednesday, a private Republican enclave across the street from congressional office buildings.

The event is being spearheaded by Bob Livingston, a former Republican congressman from Louisiana, whose firm recently signed a $45,000 contract to represent the country, according to an invitation to the “dinner and discussion”set to last about two and a half hours Wednesday evening.

The Livingston Group’s contract is a small slice of a larger, $5.6 million lobbying and public relations campaign that the DRC recently began in the United States.

An invitation to the Capitol Hill Club event says that topics to be discussed include the DRC’s election process, terrorism, public health and economic cooperation with the United States.

“Please consider joining us for dinner with members of the Democratic Republic of Congo’s (DRC) Delegation to the US. The Delegation includes senior members of the government as well as advisers to President Kabila,” the invitation reads.

“In May, we met with the Special Envoy and found him to be conversant on the issues of greatest interest between our two countries. President Kabila recognizes and understands very well the expansion of radical Islam into Central Africa, and the DRC’s critical role on the front lines. President Kabila very much wants to share information with the US and develop a collaborative effort to address this threat,” it says.

“President Joseph Kabila also appreciates the need to address human rights issues confronting the government,” the invitation continues.
The Livingston Group did not immediately respond to questions about the event, including who will be there and how many people are expected to attend.

The delegation’s visit is happening against the background of growing turmoil in the DRC, including mass killings, economic decline and allegations of torture and corruption.

Kabila has defied a constitutional requirement to step down from office despite having already served the maximum two terms. The government says that voter rolls are out of date and the state does not have the money to conduct an election.

While Kabila struck a deal with a coalition of opposition members in December, the month elections were supposed to occur, watchdog groups argue there has been no progress on holding an election.

“Holding fancy cocktail receptions that the Congolese people are paying for seems very inappropriate when the government has not fulfilled any of the benchmarks from the accord it signed with the opposition last year,” said Sasha Lezhnev, the associate director of policy at the Enough Project, which is focused on conflicts and corruption in Africa.

Several current and former DRC officials are in Washington to hold meetings with nonprofit organizations and U.S. government employees.

Lezhnev, who was in one off-the-record roundtable with the Congolese delegation on Wednesday, said the various participants had a “healthy dose of skepticism” about the delegation’s presentation.

Another detail about the trip: Raymond Tshibanda, the former foreign minister who now serves as the special envoy of Kabila, had his notes written on a Trump International Hotel-branded notepad.

The Embassy of the Democratic Republic of Congo in Washington did not answer an email from The Hill asking whether the delegation was staying at the Trump International Hotel, which is still owned by President Trump and is located a half-mile from the White House.

Watchdog groups and Democrats have raised concerns that Trump is profiting from the visits of world leaders and diplomats, in violation of the emoluments clause of the Constitution. They also warn foreign governments could try and curry favor with the Trump administration by staying at the D.C. hotel.

The United States has slapped targeted sanctions on the DRC, citing human rights violations, and the House last year approved a resolution that warned the country that there could be more if they didn’t make moves to curb the abuse and move forward with their election.

“Until the Congolese government comes out with time-bound, concrete plans to implement the democratic transition agreement, the US should continue to escalate the financial pressure on the regime,” Lezhnev said.

In the meeting, the topic of sanctions was reportedly not broached by the delegation.

But there could be more coming, however, as the United Nations recently called the region a “landscape of horror.”

Zeid Raad Hussein, the U.N. commissioner for human rights, said that a government-funded militia is committing atrocities against villages thought to harbor anti-government forces, including torture and mass killings.

Forty-two mass graves have been found recently, more than 3.5 million people have been displaced and the government has been cracking down on dissenters, independent media and human rights groups.

An economic crisis is also brewing, and there are reports that Ebola has returned to the country.

House Foreign Affairs Committee Chairman Ed Royce (R-Calif.), an outspoken critic of the country, declined to meet with the delegation, according to a committee aide.

“Kabila continues to make excuse after excuse,” Royce said in an emailed statement. “Democratic principles must be respected, Kabila must step down, and credible elections must happen. Period.”

Earlier this year, Nikki Haley, the U.S. ambassador to the U.N., called for cuts to its peacekeeping budget in the Congo due to Kabila’s actions.

“The U.N. peacekeeping mission is mandated to partner with the government,” she told the Council on Foreign Relations in New York. “In other words, the U.N. is aiding a government that is inflicting predatory behavior against its own people. We should have the decency and common sense to end this.”