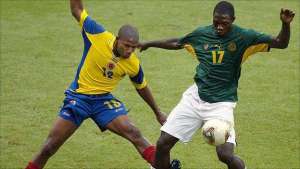 Cameroon will be driven by the memory of Marc Vivien-Foe when they contest the Confederations Cup for the first time since the midfielder’s death.

Foe died after collapsing on the pitch during the 2003 semi-final against Colombia in France.

The 28-year-old was later found to have suffered from a heart condition called hypertrophic cardiomyopathy.

The Indomitable Lions will end their 14-year absence from the Confederations Cup when Fifa’s World Cup dress rehearsal kicks off this weekend.

Cameroon open their Group B campaign against Copa America winners Chile on Sunday 18 June, in Moscow, before meeting Asian champions Australia four days later and then the world champions themselves, Germany, on 25 June.

Despite the passage of time, the memory of Foe – a Manchester City player at the time of his death – will be uppermost in their minds as the African champions take to the field in Russia.

“We want to play well for him – to honour and respect what he did for Cameroon,” midfielder Arnaud Djoum told BBC Sport.

“We want to show a good image of Cameroon for him first.

“In the dressing room, we try not to speak too much about it out of respect for him and his family.

“It’s something we keep really quiet but we know from each other that we have to give everything and play from heart – like he did.”

Scotland-based Djoum, who won the Nations Cup just five months after making his Cameroon debut, may feel the connection more closely than others given that he wears number 17 on his Indomitable Lions jersey – just as Foe did many years before him. 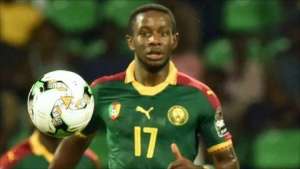 But instead of feeling any burden, the 28-year-old calls it “special” and “an honour” to wear the shirt – even though he says “it’s not an easy number to wear in this national team.”

Memories of Foe aside, Cameroon may also be mindful that their last appearance on the global stage was little short of disastrous.

Ahead of the 2014 World Cup, a bonus row initially delayed the Cameroon squad’s flight to Brazil where the team promptly crashed out after just two games.

Players clashed among themselves on the pitch during a 4-0 defeat by Croatia, which later became the subject of a match-fixing investigation – although nothing has ever been proven.

That World Cup came during a spell when Cameroon were in the relative doldrums – having failed to qualify for both the 2012 and 2013 Nations Cups – but their 2017 triumph in Gabon ended that lack of success in spectacular fashion.

Russia will be a true test of where this team are under Belgian coach Hugo Broos because African kings they may be, but how will they fare against the world’s finest?

“In the whole of the German team, they have great players – big, big players – so it will be interesting to see the level and compare if we are near this level or not,” said Djoum.

“Our team has a lot of confidence now, after the Nations Cup, and we want to prove that we deserved to win the trophy.”

Cameroon’s 2003 squad are the only African team to contest the Confederations Cup final, albeit losing to host nation France in a sombre affair in 2003, while South Africa reached the semi-finals when staging the World Cup warm-up event in 2009.

Can they perform similarly?

“We want to show that the teams in Africa can do good things,” said Djoum, who has played for Scottish side Motherwell since 2015. 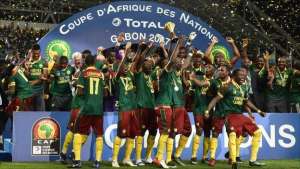 “Previously in this competition, African teams did well so we want to show that we can play against these kinds of countries – like Germany and Chile – so that we can show that we have a good team as well.”

“With our team now, with our confidence, everything is possible. We are not scared of anybody. We will try to do our best and go as far as possible.”

While the on-pitch clashes with the likes of Chile’s Alexis Sanchez and Arturo Vidal, Germany’s world-beaters and Australia will be challenging, so may the atmosphere off the pitch.

Plenty has been written about the racism in Russian football (despite the local authorities’ repeated denials), but Djoum – befitting his personality – is relaxed about the prospect.

“I think some of us have played before in Russia or a country like that. I’ve played in Poland,” he explains.

“I think everywhere is a bit racist – in every country you can find it – and in football, sometimes a few people try to use that against the player but you just have to try to put it away and be focussed on the pitch.

“Football is a game for everybody – it’s not about being racist.

“It doesn’t matter if you are white, grey or yellow, the most important thing is to just play football and enjoy.”

The Confederations Cup – which sees hosts Russia contest Group A alongside New Zealand, Mexico and Portugal – starts on 17 June with the final on 2 July.