All citizens of the Economic Community of West African States (ECOWAS) can leave and enter any ECOWAS country and reside in it without any hindrance, Minister for Information, Mustapha Abdul-Hamid, has disclosed.

Mr Abdul-Hamid explained that the promotion of intra-regional migration for West African countries was part of a political and economic arrangement.

Addressing the media at the launch of the ECOWAS Free Movement and Migration Project in Accra on Wednesday, the Information Minister noted that when it came to migration issues, the focus of the Ghanaian media had largely dwelt on its negative consequences such as the involvement of migrants in unlawful activities that resulted in the destruction of the environment, including illegal mining, nomadic grazing, fake trading markets and human trafficking.

The media, the Minister said, therefore, had a crucial role to play in the promotion of a safe and secure intra-regional migration and cautioned it to be circumspect in their reportage.

He said giving the magnitude of the challenges of migration, there was the need to create a critical mass of advocates in the media who were willing to provide fair and objective coverage on issues of migration.

He urged all media personnel and other relevant stakeholders to fully participate in the project in order to acquire the requisite skills and the solid foundation required to enable them to contribute to the promotion of safer migration practices.

Mr Abdul-Hamid expressed the appreciation of the Ministry of Information for the media response and its collaborating partners for supporting the project and commended the European Union and the International Organization of Migration for funding the project.

The ECOWAS Free Movement and Migration Project is a one-year project which will target the Greater Accra, Western, Ashanti and Northern Regions to promote free movement and migrant rights in West Africa.

The project’s activities include the organization of training workshops on investigative journalism on free movement and migration, establishment of a network of journalists for migrant rights and the implementation of a public radio campaign on free movement. 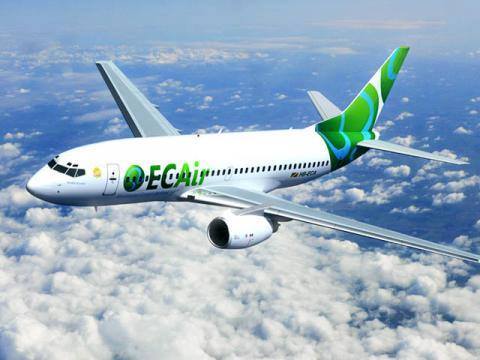 ECAir, Equatorial Congo Airlines, is continuing to expand its network

Implications of Davos 2020 for Global Economic Growth (Part I)