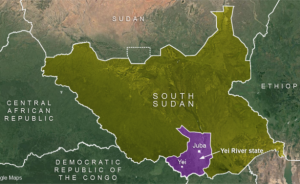 South Sudan’s warring parties on Friday signed an undertaking to work on a roadmap for the implementation of the 2015 Arusha Agreement and end the war.

The deal came as the South Sudan National Dialogue finally started on May 22 with the swearing-in of the steering committee.

However, there are concerns about whether the team will achieve its objective because some areas in the country are inaccessible due to the ongoing civil war. Armed groups opposed to President Salva Kiir’s government, former detainees, and a few opposition parties have cast doubts on the success of the Dialogue, saying it is not all-inclusive and terming it a “monologue.”

But Abel Alier, the co-chair of the 94-member National Dialogue Steering Committee, is confident that the team will reach out to the armed opposition and other stakeholders in and outside the country, despite President Salva Kiir having declared that rebel leader Riek Machar should return to the country for the talks.

Mr Alier said the team will adopt a bottom-up approach that will involve starting from the grassroots, then the constituency level where intra and inter-communal grievances will be addressed.

The exercise will end at the National Conference in Juba to discuss and adopt the findings. His co-chair is Angelo Beda Bangboru, a veteran South Sudanese politician.

But the main rebel group led by Dr Machar has cast doubt on the National Dialogue — which was proposed by President Kiir in December 2016 — terming it an attempt to scuttle the implementation of the August 2015 Peace Agreement and an attempt to hoodwink donors into releasing budgetary support, which has been frozen for three years.

According to Mabior Garang de Mabior, chairman of the rebel movement’s National Committee for Information and Public Relations, the rebels are opposed to the “one-sided” dialogue, which they believe is being imposed by President Kiir and his allies as part of a campaign to derail the peace process.

“If President Kiir is honest and the intention is to achieve national healing, reconciliation and forgiveness, then the lack of inclusiveness and prejudice in the selection of the so-called steering committee will make the entire process redundant,” he said.

Mr Mabior added that lack of a political agreement at the national level — which puts an end to the war and creates the necessary peaceful environment for dialogue — will affect the bottom-up approach.

He said his movement believes that the issues to be addressed by the National Dialogue, such as unequal distribution and mismanagement of national resources, are already provided for in the 2015 peace agreement.