South Africa is working towards allowing all African citizens to enter the country without visas – but at first “trusted travellers” like diplomats, officials, academics, business people and students will be the only ones to benefit.

The Department of Home Affairs outlines the steps that will be taken towards scrapping visa requirements in its latest White Paper on International Migration, which was adopted by cabinet six weeks ago but not made public yet.

The African Union’s Agenda 2063, championed by former AU Commission chairperson Nkosazana Dlamini-Zuma, calls for the scrapping of visa requirements for all African citizens travelling on the continent by 2018 based on the views of the African Rennaissance.

The African passport was launched with great ceremony by Dlamini-Zuma and Rwandan President Paul Kagame at last year’s AU summit in Kigali.

According to the White Paper, South Africa “fully supports the vision of an Africa where its citizens can move more freely across national borders, where intra-Africa trade is encouraged and there is greater integration and development of the African continent”.

But the White Paper, which moves South Africa’s approach to immigration from a purely administrative one to a security-based approach, warns that the scrapping of visas needs to happen with caution.

The policy is envisaged as follows: African citizens can enter South Africa visa-free where there are reciprocal agreements.

Visas will only be needed when there are risks of foreign nationals overstaying, security risks like organised crime, terrorism and political instability, civil registration risks, i.e. fraud by foreign governments in issuing documents or an unable or unwillingness to identfy their nationals when requested, and for countries “with a high number of nationals who abuse the asylum system”.

One of the countries identified elsewhere in the document as doing such is Zimbabwe.

Where visas are required “South Africa should make it as easy as possible for bona fide travellers to enter South Africa”, by standardising and expanding the use of long-term, multiple-entry visas for frequent travellers, business people and academics, according to the White Paper.

A list will be developed of countries whose visa adjucation systems are trusted and recognised by South Africa, and technology will be used to establish trusted traveller schemes.

At regional level, South Africa “should continue to advocate for a free movement of African citizens,” the paper states.

It also says, however, that there has been a large influx of semi-skilled an unskilled economic migrants who couldn’t get visas and permits through the “mainstream immigration regime”.

These had some negative consequences, such as the asylum seeker management system being “abused and overwhelmed by economic migrants”, and then these migrants, and by extension also South African workers, being abused by “some unscrupulous South African employers”.

There has also been “increased trade in false documentation and petty corruption by police and immigration enforcement officials”, and social cohesion has suffered, “as all citizens assume that all migrants from the rest of Africa are irregular and undesirable”.

There has also been a “revolving door” of migrants returning, and deportations to neighbouring countries increasing significantly.

The White Paper, which has a strong focus on attracting more skilled migrants to counter the brain drain, also announces a special dispensation for migrants from the Southern African Development Community, with the focus on giving visas to skilled migrants, traders and small and medium sized business owners.

Visas for lower skilled migrants will be “quota-based”, but details on this still have to be decided.

Home Affairs minister Hlengiwe Mkhize is expected to announce details on the new immigration dispensation in her budget speech in Parliament on Wednesday.

It is expected that the new policy will find its way into legislation by next year. 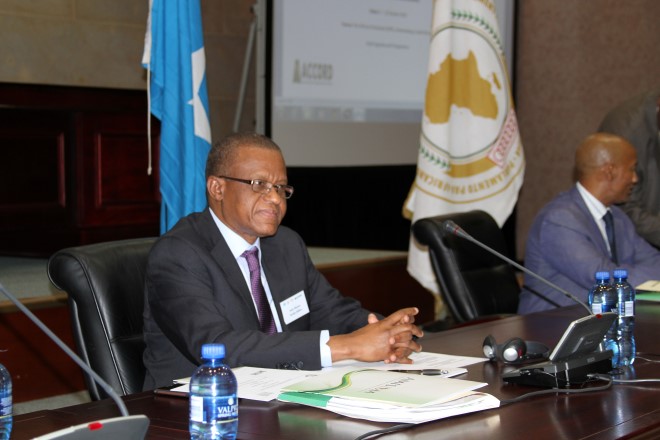