With the president on medical leave again, ambitious figures are positioning themselves favourably for what might happen next.

Secrecy creates suspicion. In the cutthroat arena of Nigerian politics, it can also reveal ambition. The ongoing silence around of the health of Nigeria’s president has done just this.

For several weeks, Muhammadu Buhari has barely been seen in public. And on 7 May, he sought medical treatment in London, where he previously spent nearly two months from mid-January to March for the same reasons.

Now as then, the lack of information about his diagnosis has led to great uncertainty and speculation back in Nigeria.

On leaving, Buhari handed over the reins to Vice-President Yemi Osinbajo. But unlike in previous instances when the vice-president stepped into the constitutionally-mandated role of Acting President, Osinbajo is now only “Coordinator of National Affairs”.

According to Sola Tayo, Associate Fellow at Chatham House, this reduced position may be indicative of the “reluctance of the president to totally relinquish power during his absence”.

However, this has only added to confusion and questions over where the power lies while Buhari is away. Osinbajo, whose previous stints standing in for his boss earned him wide praise, may be officially in charge. But the president’s inner circle – a group led often referred to as “The Cabal” – is the most influential power block in the presidency and may be eager to curtail the vice-president’s growing influence.

Either way, as the 2019 elections draw closer and Buhari’s health problems continue, ambitious figures within the ruling All Progressives Congress (APC) are sensing an opportunity to position themselves favourably. The president’s absence has kick-started another cycle of intrigue, relegating policymaking and much needed debates over the economy once again.

Buhari’s presidency since he came to power in 2015 can at best be described as lacklustre. Nigeria is witnessing its worst economic crisis in a generation, unemployment is high, and there has been renewed insecurity in the Niger Delta and the east.

Buhari, a retired Major General who ruled Nigeria as a military dictator from 1983-5, has reverted to type. He has been open about his disdain for Abuja politics and has surrounded himself with a small group of family members and trusted allies from his days in the Congress for Progressive Change (CPC).

Influential figures such as Chief-of-Staff Abba Kyari, Director-General of the Department of State Services (DSS) Lawal Daura, and his nephew Mamman Daura, are said to be in full control of the state apparatus.

Because of this, many within the ruling APC feel short-changed. Several figures invested heavily in Buahri’s election victory, both politically and financially, expecting to have a significant role in government. But they have only seen their influence decline with the party in power.

The president’s medical leave, however, presents an opportunity for these individuals to strategise in the event that Buhari cannot continue. Several bigwigs appear to be watching developments with very keen interest.

Bola Tinubu, former Governor of Lagos and national leader of the APC, is one of these individuals. He remains one of the country’s most influential politicians and has the support of a major faction within the APC. His immense contribution towards Buhari’s electoral campaign reportedly earned him the right to nominate his political godson Osinbajo as vice-president.

Tinubu, who is understood to have sought the VP position for himself until he was forced to shelve his ambition by the party hierarchy, might sense that the time is now right to bring his influence to bear. Asked in February if he would run for president in 2019, he said: “I will not brush aside such an aspiration… Maybe as a senator, maybe as a president, you cannot rule it out”.

Another figure whose ambitions are well-known is Senate President Bukola Saraki, who has recently cemented his authority in the Upper House. Back in 2010, when then President Umara Yar’Adua was severely ill, the Senate voted to hand over presidential powers to then VP Goodluck Jonathan. If a similar move were attempted today, Saraki as Senate president would be a crucial powerbroker.

This position makes Saraki a much coveted ally for both Buhari’s inner circle and those eyeing the presidential seat. It also positions him well for a potential run for the presidency in 2019. Saraki previously put himself forwards a presidential candidate when he was a member of the Peoples Democratic Party (PDP).

Atiku Abubakar, an APC bigwig, major party financier and former vice-president, has also reportedly been manoeuvring himself in recent months. He has made pronouncements on the need to restructure the country and visited influential decision-makers and traditional rulers. These moves are seen as laying the foundation for a possible presidential bid.

A final player who is believed to have high ambitions is Governor of Kaduna State Nasir El-Rufai, who is positioning himself as a figure of continuity . He has spoken out in defence of Buhari and in a recently leaked memo to the president, declared that “our APC administration has failed” and insisted that Buhari is Nigeria’s “only hope now”. El-Rufai has argued that Buhari should contest again in 2019, or at least have a strong say in his successor.

An addition complication to any talk of succession is Nigeria’s delicate ethnic balance. Since the return to multi-party democracy in 1999, the country has had an informal agreement that the presidency will rotate every eight years between the mostly Muslim north and predominantly Christian south.

This arrangement was seriously tested in 2010 with the death of President Yar’adua, a northerner, just three years into his term. When this happened, the reins were officially handed over to his vice-president Jonathan, a southerner. Jonathan not only refused to stand aside for a northern candidate at the time, but went on to contest and win the 2011 elections and serve a full term. He ran again in 2015, but lost to northerner Buhari.

Now with Buhari looking frail, history is threatening to repeat itself. Figures within both the ruling APC and main opposition Peoples Democratic Party (PDP) have insisted that their candidates for 2019 must come from the north. But sensitivities remain, and some suggest that Vice-President Osinbajo has to tread carefully while standing in for Buhari.

“Many believe that Osinbajo will actually get things working more effectively in the president’s absence, but he must appear loyal to his boss and must not be seen to be outshining him,” says Ohimai Amaize, a former ministerial advisor and publisher of SIGNAL online newspaper.

With Buhari on medical leave, temperatures back home are rising. His inner circle will be trying to dampen attempts at political manoeuvring, but the secrecy around the president’s health is only emboldening his would-be successors. According to political analyst Matthew Page, this “will only intensify the longer the President Buhari receives medical treatment in London”.

Precedence has already been set for the powers of the presidency to be handed over in the event of their inability to continue in office. Ongoing mystery about Buhari’s well-being and capacity to fulfil his duties could encourage such actions again. The complexities of such an eventuality could threaten not just the sitting president, but the political establishment as a whole.

*Lagun Akinloye is a Nigerian journalist and political analyst. Follow him on twitter at @L_Akinloye.  Read the original of this report, including embedded links and illustrations, on the African Arguments site.

WHAT NIGERIANS CAN LOOK FORWARD TO UNDER BUHARI 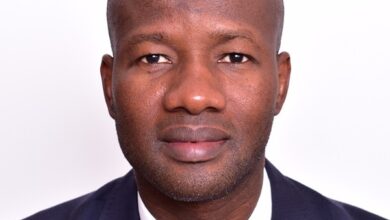