One woman is making a way for more Ghanaian models to strut onto the global runway. 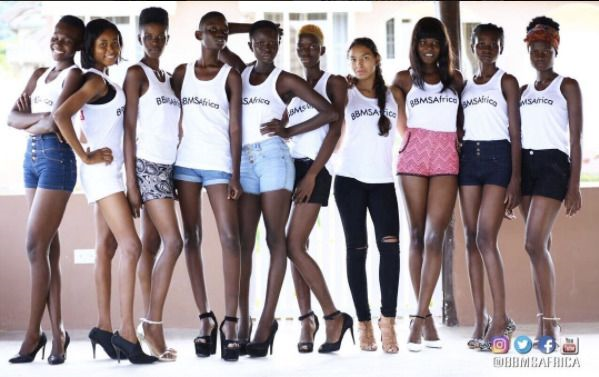 Belinda Baidoo created a TV show to teach up-and-coming models how to make their place in the industry and highlight the beauty of African models. “Belinda Baidoo Model Search Africa” featured 12 women competing for a chance to sign a contract with MSA Models in New York and B2 Models, founded by Baidoo.

Baidoo, who’s signed to MSA Models herself, told HuffPost that she was inspired to create “BBMSA” several years after winning Top Model Afrique, a local program, in 1998. The competition allowed her to work and travel around the world as a model. “This was an opportunity that changed me completely as it boosted self-awareness, taught me to be independent and served as a medium where I felt accepted,” she said.

After returning back home to Ghana, Baidoo said she met a number of young girls who had what it took to become a model, but needed the tools and lessons to make it a career.

One hundred and twenty-eight women, ages 17 to 21, auditioned for the first season of “BBMSA.” Participants had to be 5 feet 9 inches or taller with a “humble, positive and hardworking attitude.” The 12 finalists, three of whom had minimal modeling experience prior to the show, had to complete a number of tasks in order to move on in the competition, including a casting call, a series of photo shoots using different techniques and a runway challenge.

Baidoo announced this season’s winner, Afia Larry, on May 7.

Baidoo said since the show began airing in Ghana in March, she’s received a lot of positive feedback on social media. She tips her hat to “America’s Next Top Model” creator Tyra Banks for paving the way for similar shows ― but wants to be clear that “BBMSA” was created with the intention to “encompass the working model experience through Africa’s rich formats and cultural lifestyles.”

Though “BBMSA” is only available on GHOne TV, Baidoo hopes to bring the show to audiences globally, and clips from the season are available online. She’s looking forward to an even better second season and said that there’s a possibility that the show will eventually include male models.

“’Belinda Baidoo Model Search Africa’ reality show in the future will become a home to models from the diaspora and beyond who seek to be a part of a tool inspiring the generations of models on this continent,” she said.

Baidoo said that the participants have become examples of how to confidently embrace your own beauty. She believes that the industry ― and beyond ― needs to see more of that from Africa.

“Africa as a whole has so much to offer. Our models, our fashion/clothing, our food, our music and dynamic cultures all make for amazing elements that need to be showcased more,” she said. “Experienced models, I believe, must join the motion to come back to Africa to help educate our young people. I presume the worldwide fashion and modeling industry will undoubtedly enjoy the never-ending exploration of Africa’s abundant beauty and culture content.”

Africa’s Case for Energy Transition, A Choice and A Chance