The hope and (over-)promise of Ghana’s new government

The new administration has vowed to fix Ghana’s struggling economy. But has it set unrealistic expectations? 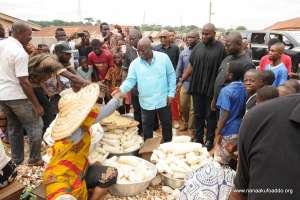 At Makola market in Accra, stalls and shops line hundreds of streets, creating a complex network only the most confident of shoppers can navigate. Music blares throughout the market and street hawkers shout to passers-by in an effort to sell their wares.

Yet while the market seems to be a hub of activity, business owners throughout the country are struggling. Tax increases on fuel, imports and other goods and services have impeded growth, and companies have suffered.

“With all the taxes and fuel hikes that we’ve seen over the years, on an average day I break even,” says Oscar Owasu, a driver at a local taxi company.

The poor state of the economy formed a crucial battleground in Ghana’s elections in December 2016. In the closely-fought contest, the National Democratic Congress was eventually voted out after eight years in office. The New Patriotic Party (NPP), led by Nana Akufo-Addo, came to power on a wave of hope that it would fix the economy.

“Now that we have a new government, we are all hopeful that costs will finally come down and we can start making money again,” says Owasu.

Too much too soon?

In its campaign, the NPP pledged to carry out wide-ranging measures to turn the economy around. It vowed to eradicate corruption, cut taxes, introduce free secondary schooling to produce an educated workforce, and create one factory in each of Ghana’s 216 districts.

But four months into the new government, there are questions as to whether the party over-promised. President Akufo-Addo inherited a fragile economy. Money is tight. And there is little space for manoeuvre because of mismanagement and over-spending under the last administration.

The recent 15% hike in public transport costs adds to the growing sense that the new administration will struggle to fulfil its promises.

“No one would have blamed the new government if it had taken its time to create an economic plan and announce the budget,” says one energy infrastructure developer. “But instead, I think Akufo-Addo and the Minister of Finance Ken Ofori-Atta may have rushed into things in an effort to please the electorate.”

Ghana was once seen as a model of economic growth. But since 2013, the country has been struggling as global commodity prices for gold, cocoa and oil have collapsed. Its economic growth rate of 3.6% in 2016 was its lowest in 20 years. Ghana is now one of Africa’s most indebted countries, with a debt to GDP ratio of over 70%.

Since 2011, inflation has also increased while the value of the cedi has fallen. As a result, the cost of living for many has become unbearable. Moreover, high public sector salaries – introduced to win over the electorate in previous election cycles – have drained government funds.

Making the situation even worse, stories of state corruption emerge frequently in the Ghanaian press. This January, for example, a huge $1.6 billion in previously undisclosed expenditure was discovered. This enormous outlay had eluded three reviews by the International Monetary Fund (IMF), which has had a programme in the country since 2015.

“These unpaid commitments bypassed the official financial management system,” says Natalia A. Koliadina, the IMF’s resident representative for Ghana. “A full audit by the government is underway and we have no doubt that the origin of this expenditure will soon be found.”

The finance minister says tackling corruption is a priority for the new government and insists it is well-placed to do so. “We have a president that has put together a great team, and his strong stance against corruption is second to none,” says Ofori-Atta. “This is the type of confidence people want to see and they have already responded positively.”

For the new administration trying to turn around Ghana’s economic fortunes, there is a lot riding on the ‘One District One Factory’ initiative. This ambitious programme will rely heavily on attracting private investment, which it is hoped will support local authorities, infrastructure and industry while the government cleans up the public purse.

“It’s almost a renaissance, an empowerment of local authorities which creates the potential for growth”, says Ofori-Atta. “If needed, we will put some capital behind this, but I think in the major districts we will see the private sector respond without needing state capital.”

Ghana’s reputation as a beacon of democracy – an image bolstered by the latest transition of power – will be an important factor in attracting this attention.

“Investors see Ghana as a safe place to do business because of political stability,” says the energy infrastructure developer in Accra. “The feeling is if you invest in Ghana, your money is safe.” 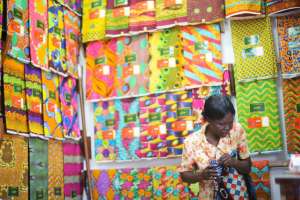 Along with private sector investment, Ofori-Atta also emphasises the long-term importance of widening the tax base. “Towards the end of the year, we will have a national identification scheme in place which will allow us to manage our tax base much more efficiently,” he says.

It will take time to know whether the new government’s policies will bear fruit. But after years of economic stagnation, continual corruption scandals, and rising costs of living, Ghanaians’ patience may be wearing thin. Moreover, the hope and pride that came with voting in a new government once again will only last so long if economic conditions don’t improve as promised.

As Derrick Mensah, analyst at African Alliance based in Accra explains: “The younger generation in Ghana doesn’t remember the political struggles that the country has been through. But they do feel the economic hardship the country is now facing.”