BERLIN, Germany — A proposal from Germany’s development ministry stands to rewrite the country’s — and possibly the G-20’s — aid relationship with Africa. The so-called Marshall Plan with Africa would prioritize encouraging private investment on the continent, possibly while reducing or shifting official development assistance.

The plan is part of a broader German focus on Africa in 2017, in an effort to play a stronger role leading donor policy within Europe and the G-20.

Analysts and advocates working in Africa say the plan puts into writing some of the trends already underway in aid, including a shift toward the private sector. They warn, however, that moving away from ODA entirely could leave gaps in need. Others, meanwhile, are looking to the German government to use the plan to engage a wider range of actors, including other donors and multilateral banks, to introduce a range of initiatives that could truly have a long-term impact.

For now, though, the debate is largely hypothetical. The plan is still only a proposal, and Germany’s position on Africa is set to evolve rapidly in the coming weeks. The finance ministry is currently constructing a separate “Compact with Africa,” and the country is set to host the G-20 summit in July, where relations with Africa will feature heavily on the agenda. German elections in September could also impact the development agenda, particularly if Chancellor Angela Merkel loses her bid for a fourth term.

Amid the uncertainty, experts are cautious not to either under or overstate the Marshall’s Plan potential impact. German aid and implementing partners are equally unsure how to react. The ministry declined to answer specific questions about whether development partners should read the document as a broader shift in priorities, or consider realigning their programs to match the interventions highlighted in the document.

But one indicator of the proposal’s impact could come in June, as Berlin hosts a G-20 African Partnership Conference, ahead of the broader G-20 meeting in July. The agenda for that meeting, which is focused on improving the investment climate in African countries, dovetails with the emphasis in the plan and could indicate how much influence it will ultimately have on German aid.

What does this Marshall Plan entail?

The Marshall Plan with Africa, released earlier this year, is effectively a blueprint for tackling a range of challenges on the continent — chief among them the problems that could result from Africa’s likely population explosion by 2050.

The proposal aims to be an “integrated overall approach” to address issues ranging from food security, good governance to social concerns, Gerd Müller, the federal minister for economic cooperation and development, explained during a business summit in Nairobi in February.

The plan positions Germany to help African governments with more than 100 different reform ideas that fall under three broad pillars: Economic activity, trade and employment; peace and security; and democracy and the rule of law. Each pillar includes recommendations for African country governments, the German government and the larger international community. Some are quite specific, for example a call on African countries to support a continental human rights court. Others offer more vague guidance, as in the call for international partners to “promote local value chains.”

Throughout, the plan emphasizes improving the investment climate. Among the proposed initiatives are plans to help create incentive packages for businesses. It also floats the idea of using ODA funds to secure private investments.

“It’s not the governments that will create all the long-term employment opportunities that are needed, it’s the private sector,” the plan reads. “So it’s not subsidies that Africa needs so much as more private investment.”

The plan also looks to directly seed the ground for investors. It would support programs that promote peace, security and anti-corruption efforts, in order to better protect investment. It would also look to boost job and vocational training initiatives to prepare young people for the workforce. Traditional development initiatives, including improving health, education systems and infrastructure, would also likely continue.

“We need more ODA funds to meet the current challenges,” the plan says, without specifying an ideal amount. In 2015, the German government spent about 16 billion euros ($17.8 billion) on ODA — the third highest amount in the world behind the United States and the United Kingdom.

Still, “it’s definitely a pro-private investment shift and a bit away from ODA,” said Manfred Öhm, the head of the Africa department at Friedrich Ebert Stiftung. The German political foundation, which draws some financial support from the government, runs a range of development programs in Africa.

Implications for the G-20 relationship with Africa

If expanded, some advocates say the plan could have a significant impact, in part because Germany looks to be positioning itself as a policy-leading donor on the continent. The draft was released in a year when Germany is hosting the G-20, and has made re-evaluating its relationship with Africa a priority. Already, German officials appear to be reframing the plan, which is the vision of one ministry, as part of the larger discussion of the G-20’s relationship with Africa.

Speaking to the African Union last October, German Chancellor Angela Merkel pledged to “make the issues that concern you in Africa one of the priorities of the G-20 agenda, and also launch a large-scale initiative with Africa to this end.” The first step, the G-20 African Partnership Conference, will be designed to encourage private investment, sustainable infrastructure and employment in Africa.

The plan could form a significant part of the broader global discussion about the international community’s relationship with Africa, according to Jamie Drummond, the co-founder and executive director of ONE, a grassroots organization fighting extreme poverty and preventable diseases, particularly in Africa.

“This G-20 could and must herald a more coordinated push with Africa than we’ve seen since 2005 and Gleneagles,” Drummond said, referring to the U.K.-hosted G-8 summit that agreed to double aid to Africa, and eliminate the debts of some of the world’s poorest countries.

Drummond is looking for something equally bold to emerge — or at least begin — in Hamburg, where Germany is hosting its G-20. He would like to see momentum towards improving the quality and quantity of funding for education, increasing funds for women’s empowerment and entrepreneurship and an emphasis on good governance, alongside any focus on improving the climate for private investment.

“The private sector approach is incredibly important,” he said. “But if it was the only thing that was being proposed, that would not be enough.”

With Africa’s population set to more than double by 2050, from 1.2 billion to 2.5 billion, according to the Population Reference Bureau, “African development is now clearly central to European and G-20 security into the twenty-first century,” he said. “That’s what this G-20 acknowledges and now we must urgently act on that.”

Domestic support for the plan

The Marshall Plan proposal will need to pull in new elements and some more collaborators — including from within the German government — if it is to be relevant, some analysts warn.

Given what it hopes to achieve, the proposal doesn’t yet include enough partners, said Stefan Brüne, an associate fellow at the German Council on Foreign Relations. The federal ministry for economic cooperation and development may not be the best body to strengthen democracy, for example, he said.

“They are not in a position to really address these problems,” he said, compared to their counterparts in the ministry of foreign affairs, for instance, who can exert more political pressure.

Domestic politics could also impact the roll out. Though Müller comes from the ruling party coalition, it is still not clear how popular his plan is within his own government. Experts are looking for input from the ministry of defense, and greater cooperation with the ministry of finance, as it puts together its own compact with Africa. They are also watching to see if Merkel will more publicly embrace the plan or introduce her own strategy that might borrow elements from it.

If it is to truly jumpstart a broader conversation, it would also need to draw in officials from other G-20 nations, the World Bank and other international institutions — something its architects are clearly already aware of and which its advocates are prepared to push for.

Öhm said one of the ministry’s priorities should be providing more clarity, including about the future of ODA, programs the government plans to support and which governments the ministry is specifically hoping to assist. Some African countries are interested in reforms to improve the investment climate, and some are interested in transparency and democratic promotion, but the two groups are not necessarily the same.

At best, he and some other analysts see the plan as a potential starting point for conversations about the balance between ODA and private investment, for instance.

Truly rethinking Germany’s — or the G-20’s — relationship with Africa in the terms that the plan lays out would require a significant generational commitment, experts said. The question is whether the Marshall Plan actually represents that. 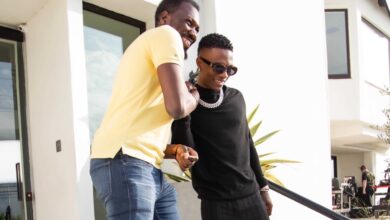 Wizkid Opens Up on Partnership with Flutterwave and Justin Bieber