Facebook Twitter LinkedIn Tumblr Pinterest Reddit VKontakte Odnoklassniki Pocket
By Chido Onumah*
“There are two basic questions that must be answered by all Nigerians. One, do we want to remain as one country? Two, if the answer is yes, under what conditions?” – Chief Bola Ige
Introduction

To paraphrase the historian, mathematician, journalist, Marxist, and progressive thinker, Edwin Madunagu, every political history has its significant dates, landmarks or turning points. In Nigeria’s political history, for instance, landmarks would include October 1, 1960, (the day Nigeria gained independence from Britain), January 15, 1966, (when the first of what would become a tradition of military coups occurred), July 6, 1967, (the official start of the 30-month Nigeria-Biafra war) and January 15, 1970, (the official end of the civil war).

Of course, up until May 30, 1967, there was nothing like Biafra as nation or political territory. The only thing that bore the tag Biafra was a bight off the West African coast, in the easternmost part of the Gulf of Guinea, stretching to Cape Lopez in Gabon, over which Britain established a colonial protectorate in 1849. Biafra as a nation was a child of circumstance that would become a child of necessity.

What if the bloody January 15, 1966, coup and the attendant assassinations didn’t happen; if Igbo political leaders had been killed alongside their counterparts from the “North” and “West”; if the “revenge coup” of July 29, 1966, and the attendant murders didn’t occur; if the Nigerian state had reined in the murderous groups (military and civilian)  that had targeted Igbos after the July 29 coup; if Gen Aguiyi Ironsi—the first indigenous general and leader of the Nigerian Army—an Igbo who was not part of the January 15 abortive coup, had not been a major beneficiary by seizing power and becoming head of state; if Gen Ironsi had executed the coup plotters of January 15 as military tradition dictates; if the regime of Gen Ironsi did not promulgate Decree No. 34—which abrogated the country’s federal structure in exchange for a unitary one; if the “January 15 boys” had completed their “project” either by one of them becoming head of state or as some have alluded, released the imprisoned leader of the national opposition, Chief Obafemi Awolowo, and installed him as prime minister; if the Nigerian government led by Gowon had implemented the agreement reached at Aburi?

We can raise many questions and speculate as much as we like, but we will never know. Of course, a few things are known. Madunagu reminds us that, “In Eastern Region, a militant group in the present Bayelsa State, led by Isaac Boro, rose in armed rebellion against the (January 15) coup. They wanted political autonomy for the minorities, not the replacement of (the premier) Dr. Michael Okpara (an Igbo) by Col. Ojukwu (an Igbo). Boro’s rebellion was defeated after 12 days. My studies and reflections convince me that this rebellion was the authentic position and voice of the minorities of Eastern Nigeria at the time.”

The purpose of restructuring, therefore, is to set Nigeria on the path of a civic nationhood, a modern egalitarian society, and not to create new fiefdoms for ethnic warlords. It aims to end internal colonialism wherever it exists in the country and to free the creative and intellectual capacities for Nigerians from the east, west, north and south, to contribute to the development of the country.

Can we reconstruct Nigeria? Can we reclaim the country and provide succour to millions of our countrymen and women in the east, west, north, and south who have endured decades of misrule, impoverishment, injustice and oppression? This is the question that should engage true patriots and the current generation of Nigerians. Can the post civil war generation of Nigerians reclaim the country and create a new Nigeria that can become a global contender? I think it can. But nation building is not a tea party. This generation must learn to overcome the fear and loathing; it mustn’t allow our tragic history to repeat itself.
The future of Nigeria belongs to young men and men, millions who are unemployed and daily roaming the streets of major cities across the country. I share your frustration, pain, suffering, anger and anxiety. But no one feels the pain more than you and, therefore, you are in the best position to bring about the kind of change you and Nigeria need.
You must rise to the occasion. You are the future of this great nation. Nigeria of 2017 is not Nigeria of 1914, 1960, 1966, or 1967-70. John F. Kennedy, the 35th President of the United States, once admonished Americans, “Let us not seek the Republican answer or the Democratic answer, but the right answer. Let us not seek to fix the blame for the past. Let us accept our own responsibility for the future.” Kennedy was speaking to Americans and the “right” answer may not be in the interest of non-Americans, but the same principle can apply in our own situation. In seeking solutions to the country’s problems, you must learn from the past but you should not allow the past to cripple you. You must accept your own responsibility for the future. You should see yourselves as Nigerians first before being Yoruba, Hausa, Igbo, Ibibio, Fulani or Ijaw. And in seeking to deal with the Nigerian question, that should be your guiding principle.
Nigerian youth must seize the moment and define the kind of future they want to create. Nobody will live that future but you. Don’t let our crooked politicians and so-called statesmen define that future. You can’t leave the solution to Nigeria’s problems to those who created it in the first place for, as Einstein poignantly put it, “No problem can be solved from the same level of consciousness that created it.” Our rulers have defined themselves and the country for too long; they have no right to define you and the future.
Our rulers and so-called elders shouldn’t speak for you any longer. Don’t let a 90-year-old Edwin Clark or Prof. Ango Abdullahi, who as Vice Chancellor of Ahmadu Bello University from 1979–1986, was more of a despot than an administrator, ruining the future of many students in the process, speak for you. Don’t let the dishonourable men and women posing as your representatives in the Senate and House of Representatives speak for you. Afenifere, Northern Elders Forum, Ohaneze Ndigbo, OPC, Arewa Youth Forum (AYF), IPOB, MASSOB, and sundry agglomeration of ethnic jingoists and bigots, shouldn’t speak for you.
Your reality and challenges—in the light of globalization and a world where oil is increasingly becoming irrelevant and advances in science and communication technology are changing the way we live and operate—are different from the realities of your forbears. Don’t let the prejudices of the past hold you down. We have wasted 57 years as an independent nation, we can’t afford to waste the next 50 years. As we mark the 50th anniversary of Biafra and the start of the civil war, we must remember our fellow citizens from the east, west, north and south and everywhere in between who lost their lives or loved ones, were injured or maimed for life in that unfortunate 30-month war and resolve to say never again!
I believe we can a build a nation where no group or individuals place their ethnic, sectional, state, regional or religious interests above the national interest. That is the condition precedent for the survival of Nigeria. That is what restructuring can do for us.
The eternal words of Tajudeen Abdul-Raheem, the great Pan-Africanist who died on Africa Day, May 25, eight years ago, are apropos: “don’t agonise, organise”.
*Onumah is the author of We Are All Biafrans. Connect with him by emailconumah@hotmail.com; Twitter: @conumah 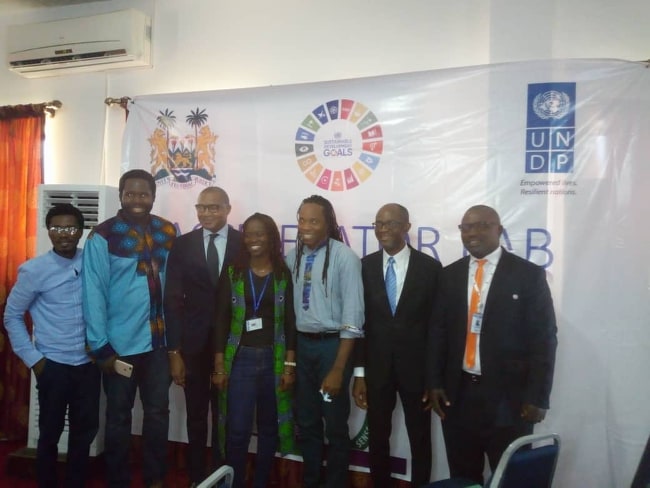