Militia violence in central Congo has resulted in hundreds of deaths and displaced over 1 mln people since last July.

KINSHASA, May 23 (Reuters) – Congo’s attorney general said on Tuesday he had opened an investigation into a former minister over allegations he played a role in militia violence in central Congo that a U.N. employee was investigating when she was killed.

His announcement followed a report by The New York Times on Saturday that Zaida Catalan, a U.N. investigator killed in March in central Democratic Republic of Congo, had a recording of a phone call between ex-development minister Clement Kanku and a presumed militia member.

In it, the newspaper reported, Kanku is heard speaking approvingly of violence perpetrated by the Kamuina Nsapu militia, whose insurrection against government forces in the Kasai region has resulted in hundreds of deaths and displaced more than a million people since last July.

Kanku rejected all the allegations in a later news conference.

Attorney General Flory Numbi announced the government investigation to reporters in the capital Kinshasa, saying he had written to the National Assembly to request permission to conduct preliminary searches of Kanku’s property because he enjoys immunity as a member of parliament.

“If at the end of this investigation, I am convinced that the facts are established regarding the relevant charges, (Kanku) will be charged with participation in an insurrectional movement, assassination, voluntary arson, malicious destruction and association with criminals,” Numbi said.

Catalan and her American colleague Michael Sharp were investigating such acts in Kasai when they were killed in March. Their bodies were found in a shallow grave in the same month.

“I am disturbed by these allegations of implication in criminal actions which I refute completely,” Kanku, who served as development minister from last December until a reshuffle earlier this month, told reporters at his house in Kinshasa on Tuesday.

Earlier, two truck loads of police had prevented him from meeting press at a downtown restaurant, saying the news conference had not been authorised.

According to the Times story, Catalan had a recording of a phone conversation — which she had told Kanku about — in which an apparent militiaman informs Kanku that the militia has set fire to a town in Kasai-Central province.

“It’s good that we burn everything; that is good news,” Kanku is quoted as saying on the tape.

Kanku and his lawyer Aime Kilolo declined to comment on the alleged recording. Kilolo said it would be “premature” to respond as Kanku’s name is nowhere stated in the phone call.

Congolese military investigators said on Saturday that two alleged militiamen would soon face trial for Catalan and Sharp’s killings but that another 14 suspects were at large.

A U.N. board of inquiry is investigating the experts’ deaths but is not expected to assign blame. Sweden has also opened a police investigation. 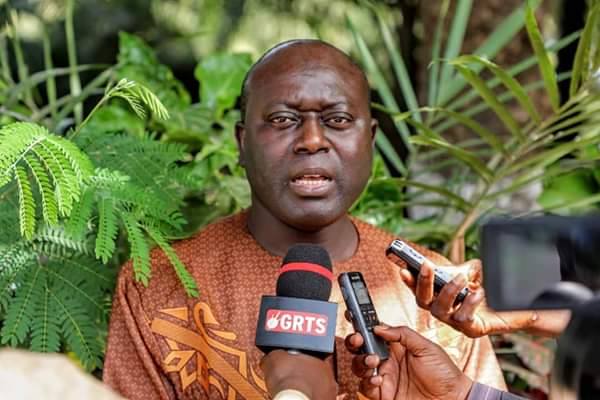