NAIROBI, Kenya, May 11, 2017/ — The African Trade Insurance Agency (ATI) (www.ATI-ACA.org), held its 17th Annual General Meeting today. The sustained commodity price decline and current geopolitical uncertainties took centre stage. Meeting participants urged African governments to intently focus on growing intra-African trade and diversifying their economies away from commodity reliance in order to reduce vulnerability to external shocks. With sub-Saharan Africa’s GDP growth rates expected to hit a record low of 1.5% depressed commodity rates are seen to be one of the major drivers with export producers accounting for two-thirds of the region’s growth.

Set against a backdrop of increased geopolitical uncertainties that could prove challenging for improved growth, H.E. Patrice Talon, President of the Republic of Benin and Hon. Henry Rotich, Cabinet Secretary, National Treasury of Kenya delivered opening addresses that pointed to ATI as a vital partner in supporting Africa’s journey toward diversification, self-reliance and more sustainable growth.

In 2016, ATI facilitated financing of trade and investments in Kenya valued at close to USD800 million which represents around 1.2% of Kenya’s GDP. Similarly, in ATI’s two newest member countries, Ethiopia and Zimbabwe, the company supported USD400 million worth to trade and investment to these economies. “This is a very significant contribution to our economy. It demonstrates real benefit because these financial flows could not have been realized without the support of ATI,” noted Hon. Rotich.

During the opening ceremony, which attracted leaders from the public and private sectors across Africa, ATI announced its 2016 results. The pan African investment and credit risk insurer posted record results for the sixth consecutive year. ATI has moved from being loss making as recently as 2011 to posting a positive net result representing a 36 percent increase over 2015.  Among other factors, ATI attributes this success to stronger partnerships with African governments, who increasingly see the value of ATI to their growth and development objectives.

In 2016, ATI’s impact in Africa and globally continued to increase. In the last six months, the company attracted new members Côte d’Ivoire, Ethiopia, Zimbabwe and earlier in 2016, the UK’s export credit agency, UKEF.  ATI also insured USD4 billion (KES405 billion) worth of trade and investments into its African member countries while backing strategic projects such as the USD159 million loan from the African Development Bank to support Ethiopian Airline’s fleet expansion.  ATI also underwrote the first deal in a non-member country in Angola in Q-1 2017, reflecting the company’s new pan-African mandate.

During the closed meeting of the General Assembly shareholders discussed the company’s 2016 annual accounts and financial statements in addition to recovery of funds from defaulting member countries, the establishment of constituencies that will accommodate ATI’s regional expansion and election of Directors and Alternate Directors.

ATI is a multilateral investment insurer that was formed by COMESA member countries with the support of the World Bank in 2001. Since then, ATI has expanded to include countries in the ECOWAS region. The company provides a range of products that mitigate risks impeding the flow of investments and trade to and within Africa. As of 2016, ATI has cumulatively supported USD25 billion (KES2.5 trillion) worth of trade and investments into its member countries since inception. 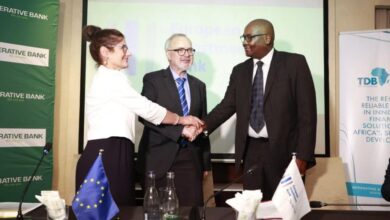