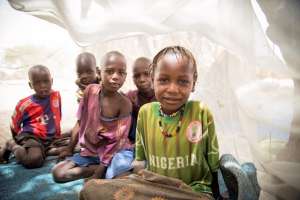 24 April 2017, Geneva—13 million people will soon receive long-lasting insecticide treated bednets in some of the hardest to reach and conflict-affected regions of Chad. As regional insecurity continues to affect population movements in the country, the United Nations Development Programme (UNDP) and the Global Fund to fight HIV/AIDS, Tuberculosis and Malaria (Global Fund) launched the massive distribution campaign to help reach the most vulnerable. Distributions began in January, with UNDP and partners striving to ensure people have the means to protect themselves before the rainy season, which normally runs from July to November.

“The conflicts in neighbouring countries and the ensuing crisis in the Lake Chad region, means there are millions of people in high risk areas who lack easy access to health clinics and malaria prevention tools such as insecticide treated bednets. Together with the Government of Chad, UNDP is concentrating its efforts on vulnerable groups, with a specific focus on reaching pregnant women and children,” said Carol Flore-Smereczniak, UNDP Country Director.

Malaria is the leading cause of morbidity and mortality in Chad, with over 97 percent of the population at risk. Of the 800,000 confirmed cases reported in 2016, more than 44 percent are children under the age of five and nine percent are pregnant women. Additionally, nomads, fishermen and Lake Chad islanders face increased risk of contracting malaria, as do 600,000 refugees, returnees and Internally Displaced People in the Eastern, Western and Southern regions of the country.

The mass bed net campaign has included distributing nets across more than 4000 sites and 2 million households. 25,000 people from local communities have also been recruited and trained to help identify those most in need and the most effective distribution locations. The challenging context, including an infrastructure gap, has required a collaborative approach, with UNDP working closely with partners including the World Food Programme (WFP).

“Our field presence and logistical expertise enable us, in partnership with UNDP, to support the Chadian government in its fight against malaria. Through this major campaign, nearly 7 million mosquito nets will be delivered to the most remote areas,” said Mary Ellen McGroarty, WFP Country Director. 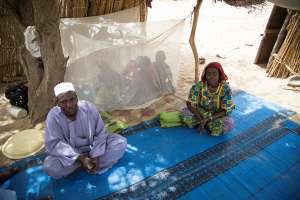 The distribution of bednets is  supported by a mass communications campaign to ensure people understand how to correctly use the bednets and to dispel any myths or rumours about the benefits and safety of sleeping under the nets. The campaign uses a diverse range of high and low-tech communications channels to reach the different populations, ranging from town criers and theatre to mobile SMS and radio spots.

The UNDP-managed Global Fund grant for malaria in Chad will run until June 2018 and is implemented in partnership with the Ministry of Health, WHO, UNICEF, WFP and national and international civil society organizations.  The overall objective of the programme is to achieve a reduction of 50 percent in both malaria morbidity and mortality. Malaria prevention is critical to ensuring human development and progress towards achieving the Sustainable Development Goals (SDGs), specifically SDG 3: ensuring healthy lives and promoting well-being and other health-related SDG targets. 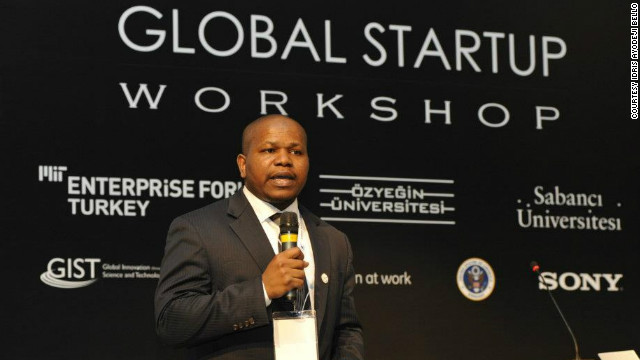 How ‘Afropreneurs’ will shape Africa’s future