The last year has been a bumpy one for South Africa’s President Jacob Zuma. Mr Zuma has appeared to veer from one crisis to another. The latest being the negative effect to the economy after the controversial sacking of his internationally respected finance minister. Yet as the BBC’s Alastair Leithead finds he is far from out.

South Africa is in for a rough ride as the ruling African National Congress prepares to choose President Jacob Zuma’s successor.

His critics want him to resign or be dismissed well before the next election in 2019, either through a vote of no confidence in parliament, or with ANC action.

But the party of struggle is protecting a president who is clinging on, despite corruption scandals, criticism from the constitutional court and street protests demanding he must fall.

So what’s the future of President Zuma and how will that impact South Africa?

On the immediate horizon is the vote of no confidence.

Demanded by the opposition and originally scheduled for just after Easter, the vote has been postponed pending a Constitutional Court decision.

The country’s top judges will decide whether the MPs’ ballot should be secret.

If it is, ANC MPs might worry less about their jobs and more about their consciences, and the long term future of the party.

This will be the fifth time Mr Zuma will face such a vote and it would take a big revolt within the ruling party for him to be sacked.

While cracks are opening, the formidable ANC machinery is once again rallying behind the president.

“Thank you comrade president,” the ANC’s deputy secretary general Jessie Duarte told the crowd at his 75th birthday party in Soweto a fortnight ago.

“Thank you for the dignity you have shown in the face of many, many years of being insulted for who you are and what you stand for,” she said, to cheers and applause.

But who exactly does President Zuma stand for?

Is it the poor and struggling masses the ANC has a commitment to help, or is his leadership more about enriching himself and his close supporters?

It all depends on who you ask.

There have been a series of corruption scandals and allegations of so-called state capture by the wealthy Indian-born business brothers – the Guptas – who are seen as having undue influence over politics and procurement deals.

The Guptas, deny having undue influence or benefitting from close ties with the President’s family.

But talk to people in President Zuma’s heartland in rural KwaZulu-Natal and the support for their man is unwavering.

“Those who say he should step down? Nooooo,” a woman at a local clinic said, a small baby tied to her back.

“Everyone does corruption. Everyone. Even I do corruption. Let’s just leave him until he stands down,” she said.

President Zuma is due to be replaced as leader of the ANC at a big party conference in December.

If the party goes on to win the 2019 election, the presidency is then handed to the anointed successor.

An ANC win has never seriously been in question, but the ever increasing criticism of President Zuma and the ANC’s falling support in last year’s municipal elections must at least be making senior figures nervous.

“To us he is an innocent man, he is a champion for economic transformation of this country,” said Thanduxolo Sabelo, the ANC Youth League provincial secretary in KwaZulu-Natal.

“President Zuma represents the majority of the people in this country who remain in poverty whom we believe, as our champion, will be able to uplift us from poverty.”

While land reform is overdue, calls of “take back the land” and the president describing white South Africans as racists are popular rallying calls.

Some critics believe he is hanging on, despite the pressure and the street protests, because he wants to be able to influence the decision on who will replace him.

“The gracious thing for him to do right now is to be asked to be relieved of his duties,” said Sheila Sisulu, the daughter-in-law of anti-apartheid hero Walter Sisulu.

She is one of the struggle stalwarts who have publically raised concerns over corruption among some ANC leaders.

“I think there are a lot of vested interests around him,” she said, referring to more than 780 charges a court is deciding whether to reinstate against the president.

“He needs to play for time so that his successor, if he is successful in anointing one, would be willing to delay or protect or deflect the charges.”

Perhaps the most poignant symbol of this loss of faith among the ANC old guard was at the recent funeral of anti-apartheid hero Ahmed Kathrada.

A year before his death Mr Kathrada had written an open letter calling for the president to resign and had asked Mr Zuma not attend the burial.

Former President Kgalema Motlanthe read out that letter, over his coffin, which was draped in an ANC flag.

It would be expected that many of Mr Zuma’s opponents want to see him leave now, but even some of his allies criticised his sacking of respected Finance Minister Pravin Gordhan at the end of last month.

That act led the country’s credit rating to be downgraded to junk status.

Deputy President Cyril Ramaphosa has recently ramped up his criticism of the president, calling for a judicial commission of inquiry into state capture.

He has unofficially launched his bid for the presidency, to keep up with the president’s ex-wife Nkosazana Dlamini-Zuma, who already appears to be on the campaign trail.

To add to the problems, cracks are appearing in the tripartite alliance – made up of the South African Communist Party (SACP), the ANC and the trades union federation, Cosatu – which has run the country since the end of apartheid in 1994.

The SACP has taken a strong stand against the president; Cosatu was also critical, but has recently gone quiet; but the top echelons of the ANC have simply closed ranks.

Critics say it is because they are all entrenched in the system and have too much to lose.

At his birthday party there was no doubt President Zuma still oozes charisma.

Singing a rousing solo, dancing on stage and delivering a long and passionate speech in Zulu he is appealing to his base.

As long as he keeps the core support of the party, and his people, it seems unlikely any vote of no confidence will succeed or that he will be leaving a moment before his time is up.

Widespread vaccination is the best safeguard for our children’s futures 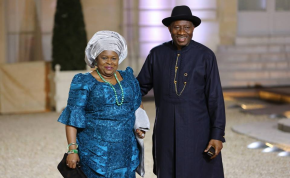