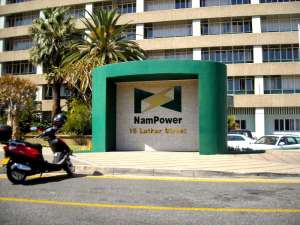 BW Kudu Limited, a wholly owned subsidiary of BW Offshore Singapore
Pvt Ltd has entered into investment agreement with the National
Petroleum Corporation of Namibia (NAMCOR) which is expected to see the
Namibian company boosting power generation capacity for the country.
According to Immanuel Mulunga, NAMCOR Managing Director, the company
has agreed to accept an investment offer from BW Kudu Limited for a
56% working interest in the offshore 885 megawatt kudu gas field.

It is reported that BW Offshore, a joint Norwegian/Singaporean owned
company is one of the world’s leading suppliers and operators of
offshore floating production systems with extensive experience in the
development of offshore fields.
NAMCOR has also agreed to transfer the role of field operator to BW
Kudu, but will work closely together with BW Kudu within a joint
development team as the field is prepared for the final investment
decision and the subsequent field development.This will include the
drilling of production wells, the construction of sub-sea and gas
transmission pipelines and the installation of a floating production
system.

It is also further reported that the Kudu Gas to Power project is a
key strategic power generation project for Namibia, which is expected
to witness decreased reliance on imported power and accelerate
economic development.It involves the development of the offshore Kudu
gas field to deliver gas through a 170km long pipeline to a power
station to be built at Uubvlei, some 25 kilometres northeast of
Oranjemund. The station will be connected to the Namibian and South
African electricity grids by new transmission lines.

BW Offshore CEO Carl Arnet said that Kudu represents another
opportunity for BW Kudu to take a proactive development role in a
project that will produce for 15 to 25 years.He said that the
electricity generated by the power station will reshape electricity
supply in south-western Africa, providing a secure long term supply to
support the development of Namibia and potentially neigbouring countries.