Today, as Rwandans from across the country and the globe commemorated the 1994 Genocide against the Tutsi for the 23rd time, President Paul Kagame comforted survivors, telling them that Rwanda will always be their family.

“I would like to tell all survivors that they are not alone. You may have lost your loved ones, but there is one family you didn’t lose: your nation. The nation of Rwanda is a family for all survivors, and it is a family to every Rwandan,” President Kagame said.

Speaking during a ceremony to mark the start of the 23rd Commemoration of the Genocide against the Tutsi held at the Kigali Genocide Memorial, Gisozi the President acknowledged the bravery of those who choose to do the right thing when the international community had turned its back on Rwanda.

“As we remember, we recognise individuals such Captain Mbaye Diagne of Senegal and Ghanaian peacekeepers who chose to do the right thing. We thank those in Africa who took a stand against denial of the Genocide against the Tutsi. Africa stood up against those who tried to turn victims into villains,” the Head of State said.

As the world dithered, 400 peacekeepers violated UN Security Council orders and stayed in Rwanda throughout the Genocide, rescuing those who were being targeted.

President Kagame further pointed out that the best answer to the tragedy that the country has gone through is to work every day to build a nation for every Rwandan and anyone who wishes to live in Rwanda.

“We have to live our lives. We are going to live our lives the best way we think we should. There is nothing we can do about the past but there is something we can do for our people in the present and the future. And we will do it,” He said.
Speaking at the ceremony, African Union Commission Chairperson Moussa Faki Mahamat, saluted the incredible resilience of Rwandans since the Genocide against the Tutsi.

“The consolation of that tragedy is the strength, courage, dignity and tremendous resilience of the marvelous people who are the best example of humanity. The people of Rwanda are like a Phoenix that has risen from its ashes,” he said.

More than 400 guests including international leaders, dignitaries, survivors and representatives of survivor organisations, attended the ceremony at Gisozi.

To pay respects to the more than one million victims of the Genocide, President Kagame, First Lady Jeannette Kagame and Chair of African Union Commission, Moussa Faki Mahamat, laid wreaths on the burial place. They then lit the Flame of Remembrance, Urumuri Rutazima, marking the official start of the 100 days of mourning in Rwanda. The Flame of Remembrance symbolises the courage and resilience of Rwandans over the last 23 years.

The commemoration ceremony concluded with a performance from young Rwandans who shared a message of comfort and hope.

In the evening, President Kagame and First Lady Jeannette Kagame, AU Commission Chair, and other dignitaries joined over 1,500 youth for a Walk to Remember and later attended a night vigil at the Amahoro National Stadium. The President and the First Lady took part in lighting the Flame of Hope that was passed to over 30,000 gathered at the stadium. 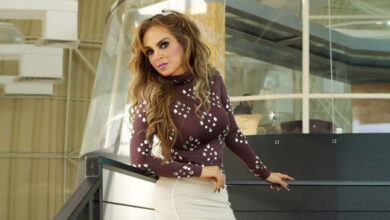