The BringBackOurGirls (BBOG) group on Friday began its Global Week of Action at the Unity Fountain, Abuja.

There was a low turnout of its members at the opening session of the scheduled seven day of activities to mark three years of the abduction of the Chibok schoolgirls.

About 195 of the girls are still believed to be in the custody of the Boko Haram.

The BBOG group is demanding transparency and accountability from the Nigerian government about the status of the effort to rescue the girls.

It also claimed that the federal government was handling the case of the remaining missing girls with laxity. Several members of the group made comments and observations at the gathering.

The gathering was graced by leaders of the group, Aisha Yesufu and Oby Ezekwesili, with other members coming from Lagos for the event.

Ms. Yesufu read a statement on behalf of the group at the gathering. Read her statement below:

“Today is Day 1089 since the schoolgirls of Government Secondary School, Chibok were abducted from their school by terrorists. 57 escaped, 24 returned 195 of them remain missing.

“It is Day 674 of their captivity, under President Muhammadu Buhari’s watch. It is Day 1074 of our movement’s daily advocacy demanding that the Federal Government discharges its constitutionally duty and rescue the abducted girls from terrorists’ captivity.

“In another seven days, it will be three years since the tragic event of that night. Tragically, 195 of our young women whose only sin was their quest for knowledge are left by their government to remain in terrorist enclave.

“We are actually disappointed at the government of Nigeria attitudinal handling of this historical tragedy and at a loss at the obvious emotional disconnect and insincerity that have defined the actions and words of the president and his government on this matter.

“Our movement fails to understand why did is so. But one thing definite for us is that we shall not stop keeping the president and the administration accountable. We will remain undeterred in our demands.

That is why even those in excruciating pains over the protractedness of this tragedy, we have today commenced our 8th day Global Week of Action with diverse activities to mark three years of our Chibok girls’ abduction and their continued captivity by terrorists.

“This tragic third year of global week of action has the theme “Hashtag 3 years too long no more excuses'”.

“We entered the third year of our girls being left in terrorists’ captivity with the constant shock that the presidency, which last October 2016 told the world that 83 more of our Chibok girls were on their way out of captivity very soon, and has since adopted definite silence as a key of avoidance of accountability.

“We denounce this posture that is indicative of lack of respect for the dignity of the lives of Nigerian girl child of which our Chibok girls are symbols.

“We also recall that President Muhammadu Buhari had on 14 January 2016 authorized the setup of yet another investigation into the abduction. It is extremely pathetic that nothing has come out from that pronouncement.

“The situation is worsened by the fact that the federal government shockingly denied our movement use of the freedom of information to request to the access to the report of the presidential committee that investigated the abduction. General Sabo committee in 2014.

“Furthermore, regarding the 24 Chibok girls that are back, the media reports expose information from the government on their wellbeing almost only touches on the 21it negotiated their release. We ask where the other three Chibok girls are.”

“None of the commitments made by the government concerning the rescue of our Chibok girls has been followed through. This days, we have absorbed a coldness, silence and irritations of key officials whenever the government is reminded of its constitutional duty to rescue the Chibok schoolgirls and all other abducted citizens.
*Allafrica/Premium Times

Rwanda: 'You Are Not Alone. Rwanda Is Your Family,' - President Kagame Comforts Genocide Survivors On Kwibuka23 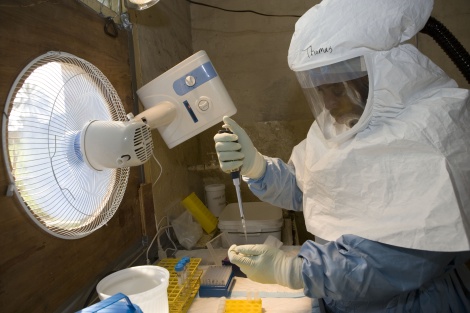