In NASA Principals Have Future of Kenya In Their Hands, I make the case why: 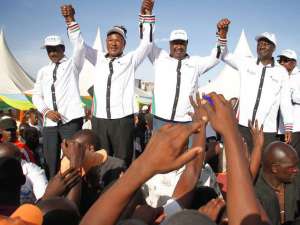 When Hillary Clinton announced her second bid for the presidency in April 2015, she was immediately faced with hostile opposition from within the Democratic Party by a wing that to this day, has never really liked her for a number of reasons, among them her being wife of former President Bill Clinton.

Others didn’t want her to be the Democrats flagbearer, arguing she was not progressive enough, while others deemed her not qualified simply because she’s a woman.

To make sure Hillary did not see the inside of the White House, Republicans on their part embarked on a relentless campaign to discredit her as “untrustworthy” by cooking up and peddling various false claims against her, key among them being the bogus claims that she somehow was responsible for the deaths of Americans in Benghazi, Libya, when the American embassy was attacked by terrorists back in 2012.

Republicans, who controlled the House, brought their entire party machine to tear down Hillary, courtesy of the sham Benghazi Committee, in which one of their member would later admit in a classic Freudian slip that the committee was, indeed, “a sham committee setup to damage or destroy Hillary”.

When they were not busy with their onslaught on Hillary on this ground, the Republicans, joined by Hillary haters in the Democratic Party, used their loudmouths in both radio and television to drumbeat the notion that she was being anointed without opposition, which, in their logic, was not a good thing. So much that many Democrats demanded an alternative to oppose her and thus the emergence of Senator Bernie Sanders.

Sanders provided home to disgruntled and short-sighted Democrats, who to the end remained loyal to him, and refused to support Hillary even after she became the party nominee.

Whatever their reasons were, most of these Democrats now regret not having supported Hillary because the outcome was having a President Donald Trump — a clueless man who stands for nothing they believe in and is certainly worse than Hillary could ever have been.

We’re faced with the same situation in Kenya where opposition chief Raila Odinga, like Hillary, is being resisted from both within and without.

There are those in and outside the opposition who begrudge Raila simply for who he is — the son of Jaramogi Oginga — who in his own right went on to become the icon and doyen of opposition politics much like his father was.

Many would like Raila to exit the world of politics and probably from this world altogether, without the title of President.

Then there are those who, like Hillary haters, simply dislike Raila for no apparent reason other than simply believing the smears and lies peddled about him.

Jubilee, like TNA before it, has done a superb job in profiling Raila variously as a “dangerous” or threat to the Kikuyu community.

While Raila is obviously not dangerous by any measure, he’s certainly a threat to those who have looted or illegally gained from the public coffers, regardless of their community.

This is a good thing for Raila to be feared for that must not only be applauded, but all progressives and well-meaning Kenyans must rally behind. The choice here is either being behind him or the corrupt who have looted this country.

Which brings us to the NASA principals: To each one of you, you hold the future of Kenya in your hands for if you don’t do the wisest and only right thing and make Raila the joint opposition flagbearer and rally the nation to defeat Jubilee, you’ll forever carry the cross of being the worst among the political class.

Worse than the very worse you’re very well-placed to uproot from power and present an alternative vision and leadership for this country. 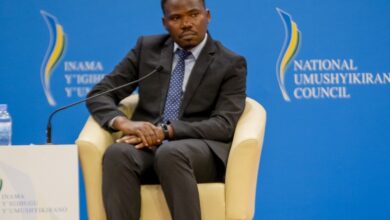