DAKAR (Reuters) – Democratic Republic of Congo President Joseph Kabila named a former member of the largest opposition party as prime minister on Friday, a move likely to further divide Kabila’s opponents after talks to negotiate his exit from power broke down.

A statement from the presidency named Bruno Tshibala as prime minister in a new transitional government meant to organise a presidential election by year-end following Kabila’s refusal to step down when his mandate expired in December.

Opponents of Kabila, who has ruled Congo since his father’s assassination in 2001, suspect he intends to repeatedly delay elections until he can organise a referendum to let himself stand for a third term, as his counterparts in neighbouring Congo Republic and Rwanda have done.

Kabila denies those charges, saying the election delays are due to challenges registering millions of voters and budgetary constraints.

Security forces killed dozens of civilians in protests over election delays last year. Worsening militia violence in recent months has meanwhile raised fears of a backslide toward the civil wars of the turn of the century that killed millions.

Under a deal struck with the opposition in December, Kabila can stay in office until after an election required to be held by the end of this year. But negotiations to implement the pact collapsed last week and Tshibala’s nomination is almost certain to weaken fledgling efforts to make Kabila abide by it.

Tshibala’s nomination escalates tensions ahead of a mass march his former party, the Union for Democracy and Social Progress (UDPS), has called for next Monday in the capital Kinshasa to protest delays implementing the deal.

Tshibala was expelled from the UDPS last month after he and other prominent opposition leaders contested the designation of successors to veteran leader Etienne Tshisekedi, who died in February.

Tshisekedi’s son, Felix, who replaced his father as president of the main opposition bloc, said Kabila violated the deal by not naming a candidate of the alliance’s choosing.

“We continue to demand the application of the Dec. 31, 2016 accord,” he told Reuters. “The nomination of Bruno Tshibala is a departure from the accord.”

Tshibala will be confronted immediately with stern security and economic tests. Congo’s franc currency has lost nearly half its value since last year and militia violence has worsened across the country in the wake of Kabila’s decision to stay on. 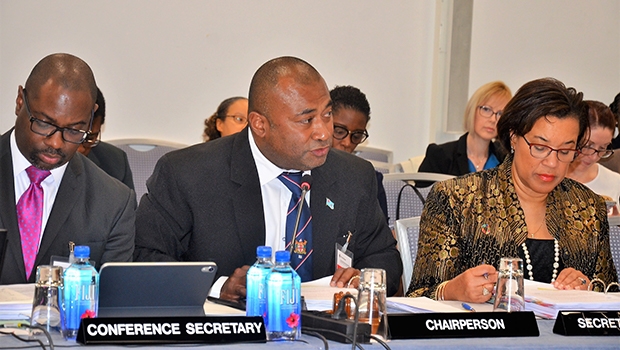