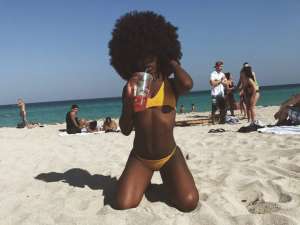 Social media stood in support with Mimi Mbah, a 19 year-old Cameroonian aspiring model, who was featured on Africa Beauties, a Twitter page showcasing beautiful Africans worldwide after she received a racist comment saying she would be hotter if she was lighter. This Is Africa caught up with her to discuss her experiences in the U.S. and how she handles racist comments.

Social media took a stand with Mimi Mbah, a 19 year-old Cameroonian aspiring model, who was featured on Africa Beauties, a Twitter page showcasing all the beautiful Africans worldwide.

When Mimi’s picture was featured, Twitter went in overdrive. After some positive comments on her picture, a racist post popped up which read, “if she was lighter, she’d be fire”. Mbah responded to the message, and gave a perfect answer, which has since gone viral. She said, “No thanks, I wouldn’t trade my skin colour for the world! Still fire though,” ending her response with a smiley.

Mbah who’s been in the U.S. for about six years was born and grew up in Yaoundé. With many of her family and childhood friends still in Cameroon, she told This Is Africa that her heart will always be in Cameroon. Since coming to the U.S. Mbah says she has found it difficult to adjust to the lifestyle change, racial diversity, personalities, accents among many other individual, social and cultural nuances. The challenges haven’t deterred her from enjoying life in the U.S. and the many opportunities abound.

Mbah, is currently a pre-law student at Montogmery College. She told TIA that the journey towards being a model has been bumpy but appreciates the opportunities coming her way. She admits that getting gigs has been difficult due to her height but that hasn’t deterred her from believing, and pursuing her dreams. 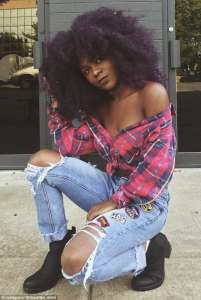 Before the racial troll incident, Mbah says she hasn’t experienced major issues because of her blackness, but she’s received absurd and ignorant comments disguised as compliments such as “you’re pretty for a dark skinned girl.” She says she tries not to give hateful people the reaction they’re seeking. Her afro, which she says she’s gotten compliments for still gets her some negative comments, which she never allow to affect her. “I don’t like letting people put a damper on my positivity or happiness,” she added.

We applaud the brave young woman for taking a strong stance against racist trolls. 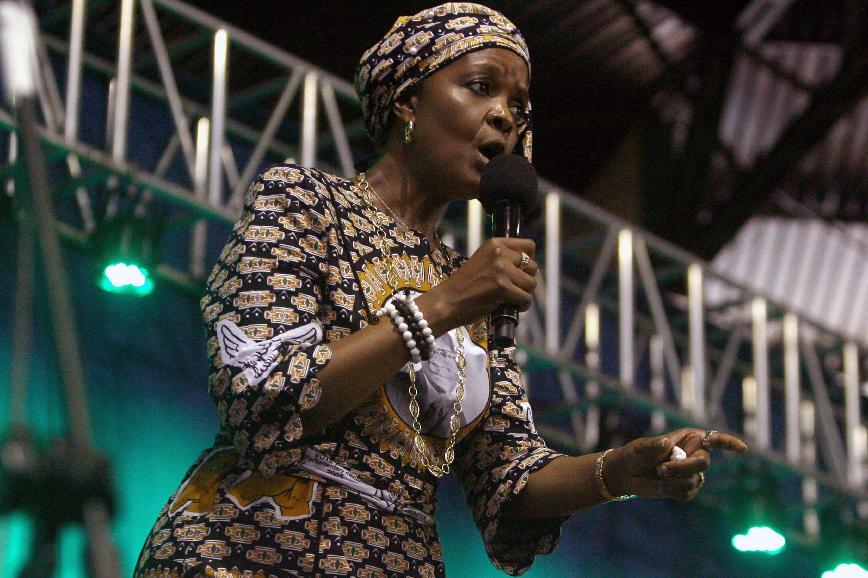