Internet users in Cameroon have once again taken to the streets urging their government to restore internet connectivity in English-speaking regions. Monday marks three months since internet services were cut off.

Hundreds of youths on Monday quietly marched to the Cameroonian Ministry of Posts and Telecommunications to ask the government to reinstate internet connection in the English-speaking northwest and southwest regions. 21-year-old Ruth Tamassang, one of the protesters and a student at the university of Bamenda, told DW, the internet blackout had forced her to move to the capital Yaounde where she can do her research in preparation for her examination. “Now we live in a world that is changing, a world of news.” You have to know what is happening,” Tamassang said.

“Internet is like the air I breathe. When one day passes without me having internet, it is just like I am ill, I am dead. I don’t like it really,” Tamassang added.

Giles Formusoh, 22, said the internet blackout that started on January 17 is having a serious impact in the affected regions. “It is really, really pathetic,” Formusoh said. “I have a cousin who was in a very difficult situation and we could not get to him because of the [internet] blackout,” Formusoh said. According to Formusoh, it has become difficult to conduct research, look for new avenues or for training workshops as well as search for international scholarships. “The internet would help me to better research for my work.”

“You have been in the trenches with us,”Ghana Vice President Mahamudu Bawumia tells African Development Bank 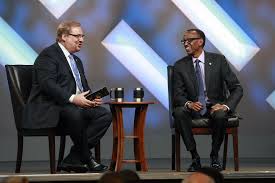