To restive Africans awaiting clues from the Trump Administration on its African policy, the recent America First budget was no harbinger of great news. According to Foreign Policy Magazine, the budget actually puts Africa last.

“Sub-Saharan Africa is grappling with record levels of displacement and hunger due to conflict and drought, but President Donald Trump is proposing “deep cuts to foreign aid” that would hit this continent the hardest,” the magazine says.

While the Administration may be young, the American voice has been missing from challenges facing the continent from the D.R.Congo, to South Sudan.

Amongst the African leaders President Trump has spoken to are Paul Kagame of Rwanda, Jacob Zuma of South Africa, Buhari of Nigeria, Abdel Fattah al-Sisi of Egypt , and Uhuru Kenyatta of Kenya.  While many have commended the outreach, the absence of a policy team is raising concerns.

Speaking at a recent public address at the Atlantic Council on the theme “Africa’s Place on the World Stage,” Former Assistant Secretary of State for African Affairs Ambassador Linda Thomas Greenfield said the Trump Administration needed time to put its team in place. Africa has traditionally been a non-partisan issue in US foreign policy, Ambassador Greenfield said in a reassuring tone at the public address. Yet about a month after she left office, her successor has not been appointed.

Tipped by multiple sources as the leading candidate for Assistant Secretary of State for African Affairs, Dr. J. Peter Pham vice president of the Atlantic Council and head of its Africa programme has so far received no official notification.  Other names brought up in this context have included retired Colonel Charles Snyder, who teaches Africa policy at the Institute for World Politics, and Dr. Kate Almquist Knopf of the National Defense University.  Both of them served in Africa policy positions in previous administration.

A new name in the mix is James Dunlap, a principal at The Scowcroft Group, a consulting and investment firm founded by former National Security Advisor Brent Scowcroft.  Dunlap is being pitched by Walter Kansteiner, who served in the George W. Bush administration as Assistant Secretary of State for African Affairs and who now works at ExxonMobil as chief of the oil giant’s Africa operations. .

Other Dunlap supporters point to Pham’s outspoken pro-Israel views as evidence of his links to the circle around Trump son-in-law (and adviser) Jared Kushner. In fact, Pham is listed as a speaker on the program the 2017 convention of the influential lobby group, AIPAC (American Israel Public Affairs Committee), where his portrait appears just below that of Vice President Mike Pence.

According to one Republican foreign policy insider, Pham, who is also vice chair of the National Museum of African Art, is also viewed by some as too close to the African-American and African diaspora communities, in contrast to Dunlap who, as the son of a corporate chief executive, has his roots in the more traditional white establishment, where he finds his ideological direction.

Another factor:  according to his biography on the Scowcroft Group web site, Dunlap “has experience representing both the buy and sell-side on several investments in Angola, the Democratic Republic of Congo, Ethiopia, and Tanzania, including oil and gas concessions in East Africa and a mobile license in Kenya.”

These commercial interests in Africa may prove to be a conflict of interest for Dunlap, who held various foreign policy positions in the Bush administration, but he faces an additional hurdle:  His boss, Brent Scowcroft, was a “never-Trumper” who endorsed Hillary Clinton for President.  Scowcroft did not sign but tacitly endorsed and circulated a letter from former foreign-policy officials who stated they would refuse to serve in a Trump administration and condemned the then-presidential candidate’s foreign affairs platform.

Another name that comes up in this game of “who will be whom” is Jeffrey Krilla, another former Bush administration official.  Krilla has a connection to Sean Spicer, the White House spokesman.  They both served in the same office when they were congressional staff members in the 1990s, and their paths have crossed more than once since then.  Closeness to Spicer, who has demonstrated unprecedented loyalty to the president in the face of relentless hostility from the press and public, is a real feather in Krilla’s cap.

At the National Security Council (where staff members are not subject to Senate confirmation), Africa policy suffered a setback when former Marine intelligence officer Robin Townley, who was named director of African policy by then-National Security Advisor Michael Flynn, failed to receive a security clearance from the Central Intelligence Agency, for reasons that remain murky.  Townley landed on his feet with an executive position with the Maersk Group.  His role at the National Security Council will be filled by former Air Force intelligence officer Rudolph Atallah, who has been a research fellow at the Atlantic Council in Washington and has also run a private security consulting firm.  Atallah has had experience in the Sahel and the Horn of Africa.

When the Trump administration began on January 20, it was assumed that nominees for key State Department posts – including in the Africa bureau – would be announced by April and the confirmation process would be completed by June.  That timetable seems increasingly unlikely given the slow pace of appointments from the White House.  In the meantime, the State Department bureaucracy is being operated by career Foreign Service Officers with no supervision by political appointees.

According to Foreign Policy magazine in summing up Africa, “It gets more U.S. foreign aid than any other continent, the largest share of U.S. global health and disaster relief spending, and it hosts nine out of the world’s 16 U.N. peacekeeping operations — and four out of the five most expensive ones.” It remains to be seen how the Trump administration will factor in these realities in its own policy. 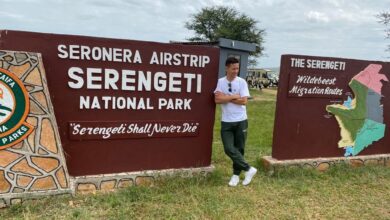