Relations between the Absent President, the Acting President, the “cabal” and the APC were complex and often tense before. The could get all the more so.

For all the criticisms that could be levelled against President Muhammadu Buhari since coming to office, he has been nothing but meticulous when it comes to following the constitution in handing over power to the vice-president during his absences.

Since his inauguration in May 2015, the 74-year-old has temporarily transferred presidential powers to Yemi Osinbajo in this way on three occasions. The first was a five-day vacation in February 2016. The second was for a medical trip to the UK in June 2016. And the third was for further medical treatment in the UK in January.

For this latest trip, Buhari wrote to the National Assembly on 19 January informing them that Osinbajo would take over the presidential powers, in compliance with the constitution, during his ten-day sojourn. At the start of February, Buhari wrote again, explaining that he was extending his leave indefinitely.

What exactly Buhari is being treated for remains a mystery, as does the exact state of his health, and this lack of official information has fuelled plenty of speculation and rumour.

But in the corridors of government, the show must go on. And under Acting President Osinbajo, it has. In fact, in the six or so weeks he has been in power, Osinbajo has received commendation for what is seen as a series of successes.

One action for which Osinbajo has been praised is visiting the Niger Delta where militant attacks on oil pipelines have led to the loss of an astonishing million barrels of oil per day. Buhari had previously cancelled two scheduled visits to the oil-rich region, but as acting president, Osinbajo has met with local representatives, embarked on a peace tour of the region, and promised a new way of doing things. His calm demeanour when listening to angry locals on a visit to Benin City even led commentators some to extol his “un-Nigerian” behaviour of quietly sharing in the pain of the people.

Osinbajo’s spell in office has all been busy in other areas. Under Buhari’s direction, he has launched a 60-day plan to lift the country out of recession and boost the economy. He met with high-ranking state officials to address the high cost of food prices and mandated the Presidential Task Force on Food Security. He has approved a handful of large-scale infrastructure projects and signed seven bills into law while rejecting four. And he has just sworn in Walter Onnoghen as the new Chief Justice of Nigeria.

The perception of the acting president’s positive and efficient performance has also benefited from an appreciating naira, leading Senator Ben Murray-Bruce of the opposition People’s Democratic Party (PDP) to tweet:

“Whatever the acting president is doing to increase the value of the naira is working. We appeal to him to teach his boss this magic he has”.

Various analysts have also commended the practical and proficient way in which Obasanjo has taken on his interim role.

“The country is moving on smoothly and the presidency is very much effective. Within the period [Buhari] is away, we have witnessed a lot of progress,” says Chris Isiguzo, Vice-President of the Nigeria Union of Journalists and a public commentator. “The vice president’s visit to the Niger Delta has stopped the bombing of oil installations and the Boko Haram insurgency has greatly reduced.”

However, not everyone is best pleased with the rising popularity of the acting president. In particular, those close to the absent president have made efforts to ensure Buhari gets credit for any successes that occur while he’s away.

In February, for example, Osinbajo made a surprise visit to the Murtala Muhammed International Airport in Lagos and, finding the facilities in a state of decay, expressed his deep dissatisfaction. Shortly after, all ten directors of the Nigerian Civil Aviation Authority were sacked.

In response, Minister of State for Aviation Hadi Sirika, a long-standing Buhari ally, released a statement taking pains to insist the firings were unrelated to Osinbajo’s visit. “It must be made clear that there is no basis to link both events together,” he said. “It will be recalled that President Muhammadu Buhari-led administration, at inception, placed aviation among top priority areas”.

Babafemi Ojodu, Buhari’s Special Assistant on Political Matters, has also publicly insisted that all Osinbajo’s actions are directed by Buhari and that he is only carrying out the absent president’s ideas. All credit, he argues, must still go to Buhari.

“There is nothing that has been done since the vice-president started acting that did not start under the president”, he said.

Perhaps those most concerned about Osinbajo’s popularity, especially given the disappointment that had surrounded Buhari’s own leadership, are the individuals known in some circles as the “cabal”.

This is a group of individuals close to Buhari and who are thought to have a heavy influence in the presidency’s decision-making. It is this group to which First Lady Aisha Buhari referred in October 2016 when she claimed the government had been hijacked by just a “few people”.

“The president does not know 45 out of 50 of the people he appointed and I don’t know them either, despite being his wife of 27 years”, she told the BBC.

This so-called cabal is believed to include: Buhari’s uncle and Chief-of-Staff Abba Kyari; Minister of State Hadi Sirika; his nephew Mamman Daura, who has no official position but has been referred to by the press as Nigeria’s “Unofficial Vice President”; and Secretary to the Government of the Federation Babachir Lawal.

In October, Lawal asserted in an interview on Channels TV, “I am honoured to be a cabal in this presidency”. And in December, Buhari protected him after the Senate requested his suspension and prosecution over an alleged breach in handling contracts for the Presidential Initiative for the North East (PINE).

This perception of preferential treatment has drawn some strong criticism. “We must in every respect fight corruption within the kitchen as we do in the veranda,” says Senator Shehu Sani of the ruling All Progressives Congress (APC). “If we don’t, then we are being hypocritical.”

It is alleged that this group of influential individuals has essentially removed Buhari from the APC in that the ruling party no longer has significant input in his decision-making. But with president out of the picture, his powers formally transferred to Osinbajo, and his return uncertain, the influence of these individuals has diminished, at least temporarily.

“Osinbajo is now a sitting president and nobody can take it away from him because power was constitutionally handed over to him”, says political scientist Jonah Onuoha. “Power was transferred to him to be an acting president so no scheming can succeed against him until Buhari returns or it is constitutionally otherwise stated.”

What happens when Buhari returns, however, remains to be seen. Relations between the APC, the so-called cabal, the absent president and the acting president were complex and often tense before Osinbajo’s seemingly successful spell in the top seat.

The VP’s newfound popularity and prominence could complicate these associations even further, especially as Nigeria starts looking towards the 2019 elections amidst rumours Buhari might not contest again.

Nigerian papers are already reporting that Atiku Abubakar, a former vice-president and fellow Northerner, is making plans to run regardless of Buhari’s intentions. Meanwhile, Bola Tinubu, a central player within the APC and the man many see as Osinbajo’s mentor, is understood to have ambitions for the top job too, an aspiration perhaps strengthened by his protégé’s growing reputation.

“As long as [Buhari] is alive, they will probably put him in the government house and other people can run the government for him”, says Onuoha. “But if his ill health continues like this, other political forces will emerge to take over from him”.

“Northerners will insist to push for another northern candidate and already Tinubu is already indicating an interest to contest, but not when Buhari is contesting. And if he [Tinubu] doesn’t contest, he will insist that Osinbajo contests for the post so that power can come back to the south west.”

If that latter eventuality comes to pass, Osinbajo may be pleased with how his six-week audition has played out so far. 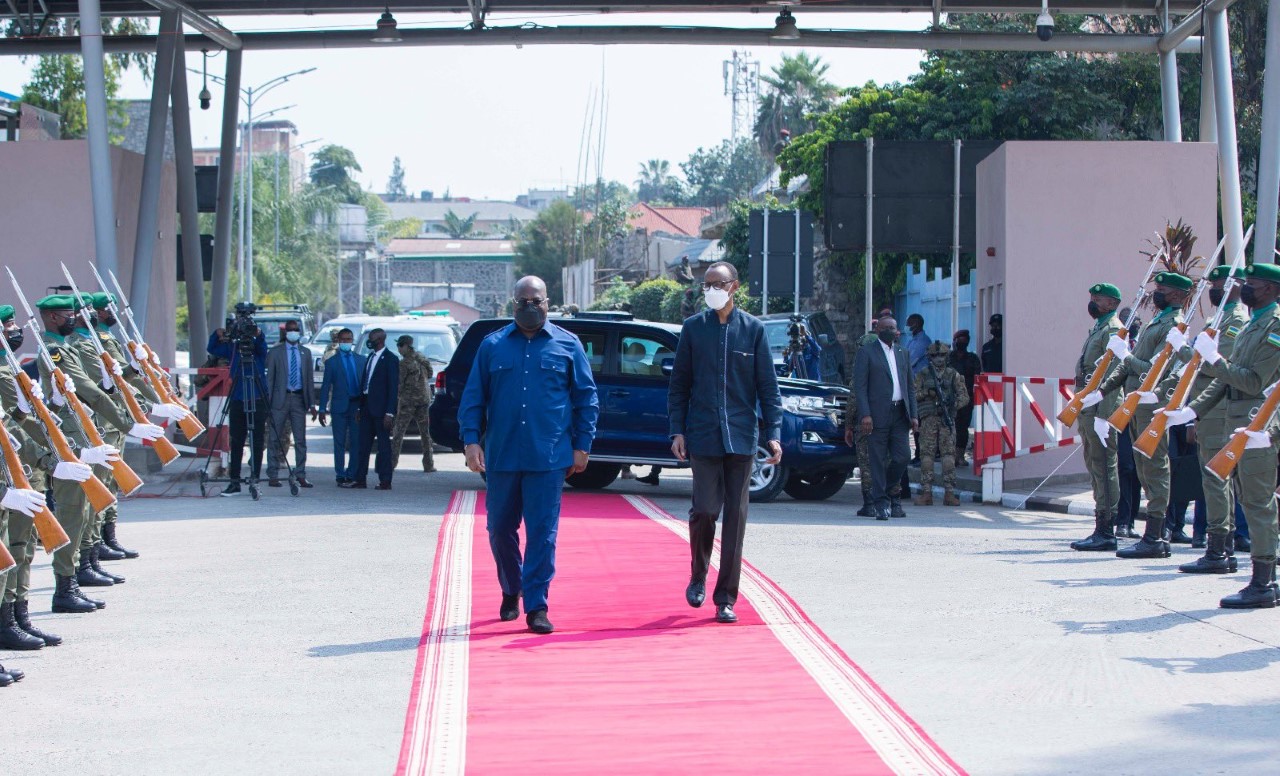 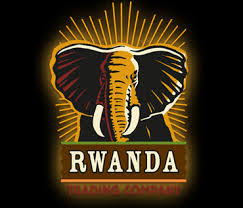