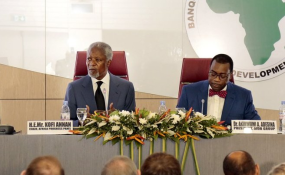 The Chair of the Africa Progress Panel and former UN Secretary-General, Kofi Annan, and the President of the African Development Bank, Akinwumi Adesina, have called on African governments and their partners to do everything possible to close the continent’s huge energy gap.

They made the call on Monday, March 13, 2017 in Abidjan, Côte d’Ivoire, at the launch of the Africa Progress Panel Report on “Lights, Power, Action: Electrifying Africa,” which calls for the adoption of every available on-grid and off-grid solution to light up and power Africa.

“The electricity deficit in Africa is immense,” said Adesina. “Today, 645 million people do not have access to electricity.

“Yet the continent has abundant supply of solar, hydropower, wind and geothermal potential, as well as significant amounts of natural gas and in some countries coal deposits. Africa has energy potential, yes, but we need to unlock that potential. And we must do so quickly, because Africans are tired of being in the dark.”

Adesina stated that he drew inspiration from the Panel’s previous report in developing the Bank’s High 5 development priorities, which places energy as the top priority, and which has, through the Bank’s New Deal on Energy for Africa, committed to investing US $12 billion on energy in the next five years and leveraging US $45-50 billion from the private sector and other partners. The goal is to connect 130 million households via the grid, 75 million people via off-grid and provide some 130 million households with access to clean cooking energy.

The AfDB President commended the Africa Progress Panel for another very insightful report which, he said, will help Africa think through how to achieve the off-grid electricity revolution, as part of the comprehensive New Deal on Energy for Africa.

Lights, Power, Action notes that more than 620 million Africans without access to electricity cannot wait for grid expansion. While grid-connected megaprojects such as large dams and power pools are essential to scale up national and regional energy generation and transmission, they are slow and expensive. Therefore, governments must also increase investment in off-grid and mini-grid solutions, which are cheaper and quicker to install, the report says.

“What we are advocating is for African governments to harness every available option, in as cost-effective and technologically efficient a manner as possible, so that everyone is included and no one is left behind,” said Kofi Annan.

Of the 315 million people who will gain access to electricity in Africa’s rural areas by 2040, it is estimated that only 30 per cent will be connected to national grids. Most will be powered by off-grid household or mini-grid systems.

“Lights, Power, Action” is an in-depth follow up to the influential 2015 Africa Progress Report, “Power, People, Planet: Seizing Africa’s Energy and Climate Opportunities“. It urges governments to put in place the incentives needed to encourage greater investment in off-grid and mini-grid systems, protect consumers, and facilitate demand among disadvantaged groups.

Above all, governments need to foster an environment in which companies can enter energy generation, transmission and distribution markets, climb the value chain, and build the investment partnerships that can drive growth and create jobs.

“Traditional approaches to extending the grid are no longer viable as the main option for African countries,” Annan said. “They will take too long and will not meet the needs of our growing economies and societies. Instead, governments and their partners need to seize the opportunity to re-imagine their energy futures.” 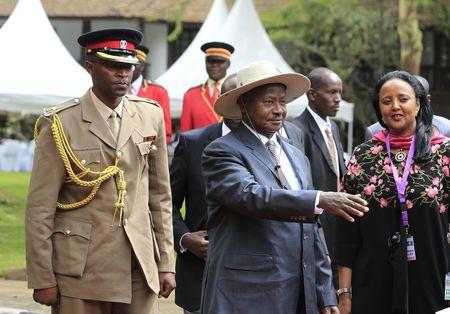