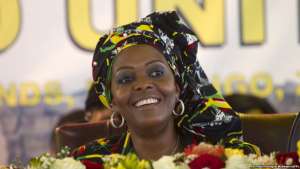 Zimbabwean First Lady Grace Mugabe attends the opening session of the Zanu pf 16th Annual Peoples Conference in Masvingo about 300 kilometres south of the capital Harare, Friday, December, 16, 2016. Zimbabwean President Robert Mugabe officially opened the conference where he is set to be endorsed as the ruling party candidate for Presidential elections set for 2018.(AP Photo/Tsvangirayi Mukwazhi)

Zimbabwean President Robert Mugabe marked his 93rd birthday last week by squashing any thought he plans to resign or not seek re-election.

“If I feel that I can’t do it anymore, I’ll say so to my party so that they relieve me,” he told state broadcaster ZBC-TV. “But for now I think, I can’t say so. The majority of the people feel that there is no replacement, actually. No successor who to them is acceptable, as acceptable as I am.”

That last statement might be true, given the lack of a strong opposition figure in Zimbabwe. However, the president’s age means that sooner rather than later, Zimbabweans will have to choose another leader, and the succession battle in the ruling ZANU-PF party has heated up.

There are two camps that are openly vying for the presidency: Generation 40, or G40, and Team Lacoste. Generation 40 — which refers to the party’s young members — is allied to the president’s wife, Grace Mugabe, while Team Lacoste backs Vice President Emmerson Mnangagwa.

Lacoste is a reference to the clothing company that uses a crocodile as its logo. Mnangagwa was nicknamed “the crocodile” for his alleged role in planning the Gukurahundi massacres of the early 1980s, in which 20,000 opposition supporters were killed.

President Mugabe has acknowledged the existence of the two rival camps and their feuding, and has ordered them to “stop it.” But in his 93rd birthday interview, the Zimbabwean leader spoke glowingly of his wife, describing her as “well-seasoned,” of “very strong character,” and “very much accepted by the people.”

That Grace Mugabe has the president’s favor is also evidenced by the fate of anyone she identifies as a threat to the president. Joice Mujuru was deposed as vice president in 2014 after the first lady accused her of wanting to overthrow Mugabe.

More recently, Mnangagwa and his supporters have been a target of the first lady’s wrath. 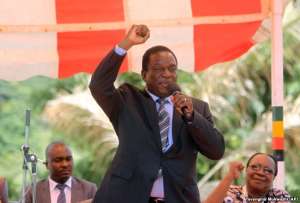 “We have seen people wearing T-shirts with Zimbabwean flags labeled Lacoste, and when we asked them, they said Lacoste is a perfume. We are not fools. Do not take us for fools,” she said. “They will not take over from Mugabe. I will rather put him in a wheelbarrow to work because we have realized that those we thought were being groomed as leaders are sell-outs.”

Who is Grace Mugabe?

Grace Mugabe, whose maiden name is Marufu, was born on July 23, 1965, in Benoni, South Africa. Previously married to Stanley Gorezeza, a defense attache in Beijing, Grace started an affair with President Mugabe, who is 40 years her senior, while working as his secretary. The president was married to then-first lady Sally Mugabe, a Ghanaian, who died in 1992 from kidney failure.

Grace Mugabe has one child from her first marriage, and three children with President Mugabe. The Mugabes recently became grandparents, to a child born of their daughter, Bona.

Grace Mugabe is both loved and loathed by Zimbabweans. Some supporters call her Amai, literally meaning “Mother of the Nation” in the local Shona language. Others have nicknamed her “Gucci Grace” or “First Shopper,” a reference to her alleged love of shopping.

Recently, reports that she had purchased a diamond ring worth $1.3 million sparked an uproar in Zimbabwe. The United Nations says nearly two-thirds of Zimbabweans live below the poverty line, and four million need food aid due to a moribund economy and long drought.

But, many describe the first lady as an astute and influential business woman, who is behind the success of the family’s Alpha Omega Dairy farm.

She is also described as a philanthropist, because of the orphanage she started and a large school complex built with the help of the Chinese government.

Grace Mugabe’s political rise has been a source of consternation for opposition figures, as well as some ZANU-PF officials, who call her a lightning rod.

But party Youth League Secretary Kudzai Chipanga told a Harare newspaper, “We cannot imagine a situation where we do not have our president. But should we be forced into that situation, we would second someone with the name Mugabe because that name is sellable. Our people have gotten addicted to that name and they will easily vote for such a name as long as it has been forwarded by ZANU-PF.” 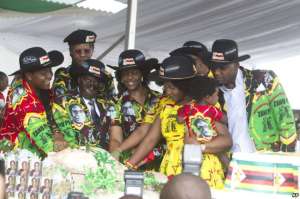 Zimbabwean President Robert Mugabe and his wife Grace are joined by the his family as they cut the cake during his 93rd Birthday celebrations in Matopos on the outskirts of Bulawayo, Saturday, February, 25, 2017.Mugabe is celebrating his 93rd birthday amid granite hills were spirits are said to dwell, defying calls to resign after nearly four decades in power with a celebration in in a region for opposing a leader who says he will run again in 2018 elections(AP Photo/Tsvangirayi Mukwazhi)

The first lady seems to agree, telling a rally last week, “Even if God decides to take away Mugabe, we will have his name on the ballot and millions of people will vote for his corpse.”

Grace Mugabe still faces opposition from veterans of the country’s 1970s liberation war. In 2014, the chairman of the Zimbabwe National Liberation War Veterans Association, Jabulani Sibanda, was expelled from the ruling party after he accused President Mugabe of plotting a “bedroom coup” by seeking to elevate his wife to the presidency.

The director of the Zimbabwe Democracy Institute, Pedzisayi Ryhanya, says President Mugabe still calls the shots and the first lady must not be discounted.