Terrorism is man’s new evil with the capability for self-extinction to mankind. It is crude, barbaric, cruel and inhuman. God Almighty frowns at it. Humanity has cursed it. Nations and countries of the world are fighting it to a standstill. The United Nations (UN), that world assemblage of civilized nations, is bitter and enraged with it.

Except the sadists who perpetrate terrorism, the evil is abhorred and resented everywhere and by every right thinking human. Yet, the mystery is that it has continued to rise and spread its tentacles to cover more grounds and nations.

Nigeria’s experience with Boko Haram terrorism is still fresh in memories, since 2009 when its atrocities on Nigerian people reached the pinnacle. The deaths, the brutal killings, the arsons, the destructions of property, the dislocation of social and communal life, the displacements of people and other mass inconveniences it created are the sad multiple relics of this evil on the land.

Though, Nigerian Military has defeated this obnoxious sect, the unalterable truth is that Boko Haram terrorists have not been completely wiped out from Nigeria, in the sense that the remnants have taken refuge in countries near Nigeria. And from time to time, they recuperate and gather momentum to strike obscure and soft targets in the country.

By this evidence, it is clear; terrorists are funded, trained and supplied with weapons in foreign countries to continue with their atrocities in Nigeria and other neighbouring countries. The unanswered question is; why is the shadows of some countries behind the evil of the festering and flourishing terrorism? And these suspected countries are members of the UN and also, some subscribe to the dozen region bodies in Africa, whose main mandate is to promote unity, peace and security, but none is being rebuked or reprimanded on account of support for terrorists?

Many instances abound which indicate that world and regional bodies are indifferent about the evil of Boko Haram in Nigeria, despite their official aversion to it. In year 2006, the United Nations General Assembly (UNGA) unanimously adopted a 15-page resolution on UN Global Counter-terrorism Strategy. The document was designed to secure peace and prosperity now and for future generations of the world. It was a landmark proclamation by this exalted world body and for the first time, all member-nations endorsed a resolution of the UN without exemption.

At the last review, the UN urged member-states “To consistently, unequivocally and strongly condemn terrorism in all its forms and manifestations, committed by whomever, wherever and for whatever purposes, as it constitutes one of the most serious threats to international peace and security.”
Also, at its 5th review and 10th anniversary in 2016 at the UN headquarters in New York, Immediate past UN Secretary General, Mr. Ban Ki-Moon said the UN’s “Adoption by consensus of this resolution symbolizes the international community’s strong resolve to act in unison and without delay to address terrorism and violent extremism.”
He was unambiguous that “Terrorism and violent extremism pose a major threat to international peace and security, as well as to sustainable development, human rights and humanitarian action at the global, regional and national levels.”
On measures to prevent and combat terrorism, the UN member-states explicitly resolved “To refrain from organizing, instigating, facilitating, participating in, financing, encouraging or tolerating terrorist activities and to take appropriate practical measures to ensure that our respective territories are not used for terrorist installations or training camps, or for the preparation or organization of terrorist acts intended to be committed against other States or their citizens.”
Apart from the UN, regional bodies like ECOWAS; the East African Community (EAC) and the Horn of Africa (HOA), further categorized as the Inter-governmental Authority and Development (IGAD) and a lot more have failed to exhibit the integration and co-operation needed to stamp out Boko Haram terrorism. The body language of these bodies surprisingly suggests countries facing threats of terrorism like Nigeria are on their own that the problem is exclusively theirs.
A Ghanaian scholar Mr. Nyionkuru Fulgence in an article titled “War on Terrorism in Africa: A Challenge for Regional Integration and Cooperation Organizations in Eastern and Western Africa,” pungently said despite the infiltration and multiplication of terror groups on the continent, regional bodies have remained inactive and docile and at best, churn out verbal policies unsupported by any concrete roadmap of action against terrorism.
He adds that “Intervention may not follow any pre-arrangement agreement and this has caused misunderstanding and little grudges between countries within the same regional organization. A country may be so lenient to deal with terrorism on its soil for some reasons but neighboring countries facing consequences may decide to intervene for the good of its citizens and hence inter-state conflicts arise.”
But ECOWAS alone, where Nigeria belongs, has expanded its scope of vigilance in the sub-region to also include among other matters, the Protocol to Non-Aggression (PNA) and Protocol on Mutual Assistance and Defense (PMAD), which mutated into the protocol for establishing mechanism for conflict prevention, management and resolution, peace and security. But none of these vast tissues or organs of intervention by ECOWAS has been applied in the Nigerian case over Boko Haram terrorism.
Assuming Chad, Niger, Cameroun and Benin Republics are only suspected of harbouring of Boko Haram Terrorists against Nigeria, but could the same tale be extended to Iran? It is unfortunate that the UN has done nothing about the glaring case of Iran’s sponsorship of terrorists and Islamic extremists sects in Nigeria. Boko Haram’s now factional leader, Abubakar Shekau openly confessed, in one of his videos, the sect’s Islamic State (ISIS) links and funding.   But regrettably, no reproach has ever been contemplated for Iran till date by the UN Security Council (UNSC).
But an opportunity has rendered itself by Nigeria’s defeat of Boko Haram insurgents. It is expected that the UNSC and the regional bodies would have stepped up efforts to consolidate on the gains recorded against terrorism by ensuring, terrorists do not find safe havens anywhere among member-states in accordance with the 2006 UN Global Counter-terrorism Strategy, which these countries are joyfully and freely violating with impunity.
Nigerians know in clear terms that whatever trace of Boko Haram terrorism in the country these days are devils, recruited, trained, armed with weapons and harboured to perfect the strategies to attack Nigeria from the deliberately compromised border communities of other countries. It is pertinent to ask, who sells arms and ammunitions to Boko Haram terrorists and how can the sophistry of the weapons be explained? Samples of weapons seized from terrorists by Nigerian soldiers over time bear the trademark of specific countries which are UN member-states.

Nigerians are really worried that the UNSC is failing in its duty to assist nations to overcome terrorism, as in the case of Nigeria, by its somewhat hesitation to invoke the necessary disciplinary measures on erring countries to serve as deterrence. The impression being created is that someone somewhere has suppressed action on the law because Nigeria is involved?

But there is need to remind the world like it is acknowledged globally that Nigeria is the giant of Africa and a restive Nigeria would cause spiral disruptions to peace and security on the continent, which will in turn affect the much canvassed global peace and security. No one stands to make any gain from this conspiracy against Nigeria, especially as it concerns terrorism. Besides, what happiness would the world derive from the continued bloodletting and massacre of Nigerians by terrorists? Absolutely none!

Nigerians in diaspora should begin to pay more attention on the issue of terrorism in their country. A peaceful protest to the UN House in New York, and foreign embassies to demand for action and justice would not be a bad idea. It will reawaken the consciousness of the world to the predicament of Nigerians back home.

In conclusion, Fulgence offers a useful advice. He says; “The regional integration organizations and the United Nations’ commitment to counter terrorism have to move from their theoretical framework into real action.”  And the time is now in order to save humanity from total destruction.
Kolawole PhD, a University lecturer writes from Keffi, Nasarawa State. 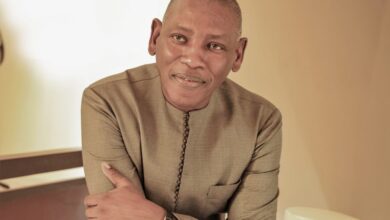