New U.N. Secretary-General Antonio Guterres said Wednesday that the organization is working to “avoid the worst” for South Sudan. He also praised the international and regional cooperation that prevented large-scale violence in Gambia during its recent post-election crisis.

Guterres spoke to reporters at the U.N. after his return from the African Union summit in Ethiopia.

The new U.N. chief said the situation in conflict-torn South Sudan is “dramatic” and could worsen.

Guterres said it was agreed at a meeting involving himself, leaders of the AU and East African bloc IGAD that they would cooperate to make sure South Sudan’s national dialogue is genuinely inclusive going forward.

“In a meeting with Salva Kiir, it was agreed that we will have better cooperation both for the U.N. mission to operate more freely inside South Sudan and for the Regional Protection Force to be put in place,” Guterres said.

African nations have proposed deploying 4,000 troops to South Sudan to help stabilize the country, where three years of conflict have displaced more than two million people.

Guterres said it was agreed that Kenya would contribute troops to the force.

Turning to the recent post-election crisis in Gambia, where President Yahya Jammeh initially refused to step down in favor of his democratically-elected opponent, Adama Barrow, Guterres said the episode demonstrated what is possible when there is regional unity.

“It is possible for action to be taken and it is possible for democracy, human rights and the freedom of peoples to be defended. When there is division in the region, it is much more difficult for the U.N. to be able to act accordingly,” the U.N. chief said.

The secretary-general said the narrative about Africa must not be based on the crises, but on the continent’s potential.

He said Africa has grown economically and has great success stories that must be built on to achieve widespread and inclusive sustainable development. Guterres said that is the best way to prevent further conflicts. 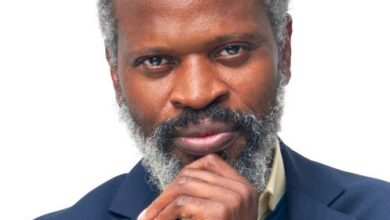