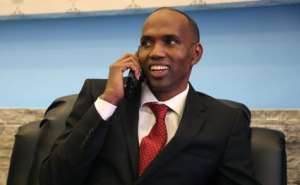 Somalis in Somalia and the diaspora have given mixed reaction to the call by Norway opposition Progress Party to have Prime Minister designate Hassan Kheyre’s Norwegian citizenship stripped off.

Somalis in Social media questioned if the move was legal according to the Norwegian constitution other seeking to know why Speaker Mohamed Jawari a Norwegian citizen was not included.

Mazyar Keshavari is from an Iranian immigrant family that settled in Norway following the Islamic revolution in the country.

His family is said to have had links with the exiled Shah of Iran.

He has in the past asked for total ban of immigration into Norway pointing that the Scandinavian country is overwhelmed.

“Norway should learn from the US, you can be a dual citizenship holder, and contribute invaluable services to both countries! Welcome to the globalized world” Ahmed Cabi commented on Facebook

“Pehaps this guy doesnt know the law of his country. In Denmark, for example the law permits dual nationality and nationality laws in the Scandenavians are virtually the same. If Hassan Khaire was asylum, he become Norweigian national” Ahmed Nur Osman commented on Facebook

Some Somalis supported the move by the Norway opposition party

“Faramajo and his new Pm has to denounce their Second citizenship-for purpose of serving Somalia citizens-Their allegiance is questionable if they don’t do it. This can also have security issues.” Mohamed Ali Mursal

On Thursday spokesman of The Progress Party Mazyar Keshvari said they will be moving to have Khayre citizenship stripped off if he takes up the office as Prime Minister of Somalia , NKR news outlet reported.

Khayre has a Somali and Norwegian dual citizenship.