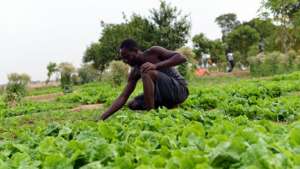 If President Donald Trump is to “Make America Great Again” he cannot afford to ignore Africa. It is in this region of over one billion people — the world’s second-fastest growing continent — that the rise of China and the relative decline in U.S. power is more stark than in any other. China surpassed the United States as Africa’s largest trading partner in 2009. Since then Britain and France have also passed America by.

Yet as recently as 2008 America’s capacity to inspire and influence this region, both economically and diplomatically, seemed indisputable, with President Obama, a “son of the soil,” offering hope to millions of Africans.  Africa’s adoration, however, was not matched by a corresponding record of accomplishment on the continent. Obama’s Africa achievements do not compare to the unprecedented success of President Bill Clinton’s African Growth and Opportunity Act (AGOA) which created millions of jobs in both the region and the U.S. – or President George W. Bush’s investment of billions of dollars in the fight against HIV/AIDS.

Obama’s signature policy – “Power Africa” – aimed at creating more than 30,000 megawatts of electricity for an under-powered continent, today generates just over 4,000MW. To the chagrin of many African leaders and citizens alike, America is now increasingly seen as a paternalistic lecturer promoting her own progressive norms and cultural mores in the continent than a reliable partner.

So how might President Trump “Make America First Again” in Africa?

It starts with the recognition that the recent decline in U.S. influence was not inevitable and is only reversible by prioritizing economic engagement over social policies and aid. To put “America First” in Africa Trump must throw down the gauntlet and super-charge trade by expanding AGOA and the Overseas Private Investment Corporation with incentives for U.S. companies to invest across the continent; such incentives could be limited to sectors that do not undermine American jobs.  Trump’s “America First” Policy in Africa should also include a reinvigorated U.S. Export-Import Bank–to enable the growth of U.S. exports to compete in what McKinsey projects to be a $5.6 trillion African household and business spending market by 2025.

All of Africa’s most pressing capital needs – power, infrastructure, transportation, telecommunications, water and sanitation – are those in which American companies excel. These sectors, backed through “America First” funding support, would provide immediate opportunities for the U.S. to become more competitive in Africa’s emerging and robust markets.

Going further, President Trump might make it a requirement that projects in Africa financed by the U.S. taxpayer – for example through the Millennium Challenge Account – are undertaken only by U.S. contractors using U.S. equipment– this is currently not the case.

Secondly, Trump might administer a sea-change in how America assesses and manages international aid programs, by reforming the U.S. Agency for International Development (USAID). Too much American aid money is directed towards a vast aid-industrial complex, driven by former USAID employees- turned-contractors in Washington, rather than deployed on the ground in Africa where it is needed most.

Development schemes should primarily focus on humanitarian interventions and enterprise solutions to address poverty. A focus on the latter would incentivize American companies to bring jobs, capital, skills and new technologies to the continent while benefiting the U.S. and African economies at the same time. To re-calibrate the former, as well as combat the USAID job-creation machine for Washington beltway insiders, Trump may even consider bolstering the role of faith-based organizations – his key political constituency – in the delivery of disaster and humanitarian aid.

Thirdly, President Trump’s Africa Policy should recognize Africa’s parallel: the poorest and at the same time among the world’s fastest growing regions.  America therefore, have reasons both economic and of principle for strong U.S. engagement.

Finally, through enriched relationships with African countries, President Trump might harness continent-wide support for U.S. goals on the international stage. Increasingly the 54 countries of Africa are wielding influence together: they are proportionately the largest bloc of votes at many multilateral institutions – providing decisive swing votes in international forums from the United Nations to the World Trade Organization.

A substantive U.S.-Africa partnership would inevitably lead to another crucial benefit: the strengthening of America’s security intelligence and cooperation needed to counter the growing threat from radicalized terrorists groups across the continent. Even an America that is Great Again needs friends and allies: and there are many to win – decisively – in Africa.

*The Hill.Whitaker served as Assistant United State Trade Representative for Africa under the administrations of President Bill Clinton and President George W. Bush. She is currently the CEO and president of the Whitaker Group, a consultancy aiming at helping their clients to implement their businesses in Africa.

Kenyans: What The Hell do You Have to Lose Voting for the Opposition?