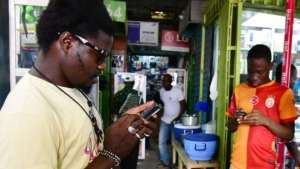 Kenyan mobile phone firms have been ordered to install equipment to allow the telecommunications regulator to monitor activity on their networks.

It means the Communications Authority of Kenya (CA) would have the ability to listen to calls, read messages and view financial transactions.

But the body says the move is not about mass surveillance and is necessary in its fight against counterfeit phones.

Such handsets cannot be tracked and are often used by criminals.

The BBC’s Wanyama wa Chebusiri in the capital, Nairobi, says the regulator’s proposal would see more than 30 million mobile phone owners in Kenya lose their privacy and confidentiality.

The CA’s action sparked outrage when news of the plan was leaked on Friday.

The Consumer Federation of Kenya (COFEK), which lobbies on behalf of customers, called the timing of the order “suspicious”.

“Coming in an election year, we are so suspicious that this is bound to be politicised and it is something that has shown that the government has something to hide,” said the federation’s general secretary, Stephen Mutoro.

His organisation would go to “all lengths” to stop the programme, he said.

The country’s biggest telecoms operator, Safaricom, also gave its reaction, saying it has “strong reservations” about the move.

Stephen Chege, Safaricom’s corporate affairs director, told Reuters that the system needed to be “subjected to the relevant public debate as it touches on confidential communications belonging to our customers”.

The Communications Authority has dismissed mobile companies’ concerns and say that the operators had been involved in discussions about deploying the system since last year.

CA director general Francis Wangusi also condemned the circulation of what it called “misleading information” about its intentions.

The issue of counterfeit phones has been a main concern for authorities.

Many are imported from Asia, and regulators say are difficult to track as they lack authentic International Mobile Equipment Identity (IMEI) numbers.

In leaked letter to the three biggest mobile phone providers, Safaricom, Airtel and Orange, the regulator asks for their contractor to be allowed on to the companies’ sites to install a snooping device, called a Device Management System (DMS), from next week.

The regulator has cracked down on counterfeit mobile phones in the past – switching off 1.5 million fake phones in 2012.

But it says consumers are still buying them and so this is part of its efforts to tackle the problem.

Many Kenyans have turned to Twitter under the hashtags #MobilePrivacyIsMyRight and #MobilePhoneSpying to criticise the announcement.