The agreement was signed during the launch of the Dangote rice outgrower scheme in Goronyo. 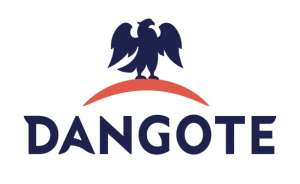 A tripartite agreement spare headed by the Dangote Rice Limited  to create jobs for 16,000 outgrower rice farmers in Sokoto was yesterday signed amid excitement and a pledge by all parties to ensure the success of the scheme to make Nigeria self sufficient in rice cultivation.

The agreement was signed during the launch of the Dangote rice outgrower scheme in Goronyo, Goronyo Local government, Sokoto, which was witnessed by the Sultan of Sokoto, Alhaji Sa’ad Abubakar. Farmers were presented with rice seeds, fertilizers, nets, agro-chemicals.

Chairman of Dangote Rice Limited, Aliko Dangote said he was mover to go into rice cultivation because of the genuine interest of the Federal government to revive agriculture as the mainstay of the economy, and reduce importation of foods that could be produced locally.

He lamented that Nigeria consumes 6.5 Mtn of rice which costs the nation over 2 billion dollars annually, pointing out that it is heartening that the government now has policy direction that encourages private sector’s active participation in agriculture.

“Buoyed by the policy direction of the federal government, we at Dangote decided to key into this by establishing Dan gone Rice Limited to partner with states to redress the present situation where a huge sumo forex is spent on importation of rice.

“In the next three years we want to produce one million tons of quality rice and make it available and affordable to the people. We hope to do 150, 000 ha and when we are done, Nigeria will not have anything to do with importation of rice.

“Dangote Rice outgrowers scheme is committed to creating significant number of jobs, increasing the incomes of smallholders farmers and ensuring food security in the country by providing high quality seeds, fertilizers and agro-chemicals as well as technical assistance on best agricultural practice to farmers.

“This Scheme will help to diversify the economy, alleviate poverty and reduce the nation’s import bill. The scheme has been designed as a one stop solution for the rice value chain,” he stated.

The Dangote Rice Project Director, Robert Coleman, said the Sokoto operation was a demonstration phase to familiarize the farming community with the programme, train extension workers and lead farmers as well as test modern technologies.

He noted that they would have 25,000 ha cultivated by nearly 50,000 outgrowers in 2017 in addition to hundreds of jobs expected to be created by the end of that year.

In his remarks, Governor Aminu Waziri Tambuwal expressed delight at the event, saying the coming of Dangote to invest in the state was as a result of his sustained effort towards inviting prospective investors to the state.

He said the state under the scheme, just as it had done with the federal government, would distribute nets, water pumping machines and fertiliser T subsidised prices to help the farmers have good yield.

The state Commissioner for Agriculture, Alhaji Umar Tambuwal, disclosed that the scheme would cover 10 local governments in the stated and that the state government is committing several millions of naira to support the famers in the scheme.

According to him, “the farmers participating in the 5000 ha pilot scheme, the state government is giving out free nets to fight against queue a birds during production which is costing the state N48 million. The state will release and sell 5000 units of water pump worth N170 million at a subsidised rate of N10, 000 each.

“We will also distribute 5000 bags rice seed (Faro 44) worth N32.5 million while fertilizer will be sold 50 per cent subsidised rate to complement the outgrower farmers.”

Sultan Muhammadu Sa’ad Abubakar however, commended President Buhari for his diversifying efforts, urging Nigerians to pray for him.

He commended the Sokoto State government for the encouragement and support being given to the outgrowers scheme, saying it is a thing of joy that the state is also involved by way of giving the famers some of the inputs needed so that the scheme could succeed.

The National President of Rice Farmers Association, Alhaji Aminu Goronyo described the scheme as one of the potential means of making rice available and at low cost to the people because the farmers are encouraged to put all their best into it.

He said he has no doubt the scheme would success because it a private sector driven and that given the pedigree of the Alhaji Dangote in business, he was sure there the scheme would be sustainable and sooner than later other states will key into it.