If affable candidates like former President John Mahama of Ghana lost elections last year, it may in part have been due to corruption.The finding is contained in the recently published 2016 corruption perception index of Transparency International.

“In countries like Ghana, which is the second worst decliner in the 2016 Corruption Perceptions Index in the region, the dissatisfaction of citizens with the government’s corruption record was reflected in their voting at the polls,” Transparency International said in a statement that accompanied the release.

Africa did not fare so well said Samuel Kaninda Regional Advisor for Africa at Transparency International. In a skype interview, Kaninda who was on mission in Accra, said  the recently released perception index found a co-relation between democracy and good governance. Countries with a history of free elections and a stable democracy faired comparatively better as compared those where democracy and the rule of law are still struggling to take root.

On the countries that did well, Cape Verde and Sao Tome and Principe emerged as the most improved in Africa. Both countries held elections, which got rave reviews from observers. For his efforts and management style, Jorge Carlos Fonseca was rewarded with another term of office. In Sao Tome and Principe, there was a smooth transition of power, a feat that still eludes many countries in the continent.

For the democratic advances it has made, corruption in Ghana was described as rampant. Corroborating statements in the TI Release, Samuel Kaninda believed that the outcome of the recent election mirrored the anger and disappointment of Ghanaians who voted out a sitting President.

Despite high profile arrests and pompous amounts recouped from corrupt politicians, Nigeria failed to see any significant improvement in the index. The doctrine of change that brought the Buhari APC led government to power has so far been a mirage. Nigerians are increasingly voicing out their frustrations and should things not change before the 2019 elections, the APC may be in for a rude awakening.

The situation was similar in South Africa, trailed by sleazy tales of corruption with fingers pointing directly at President Jacob Zuma himself. Though serving his second and last term of offices, there have been growing calls for Zuma to step down. Down and bruised, Zuma has so far weathered the storm, but his battered image is taking a toll on ruling ANC. That it took heavy military Presidents to quell a mutiny from the opposition before Zuma could make a recent state of the Union Address speaks volumes on the situation Mandela’s own country.

With elections due later this year, if corruption were to be a decisive factor, President Uhuru may have some blushes as little progress has been made during his first term.

On the category of countries that equally fared poorly are the regulars like Somalia, South Sudan, Guinea Bissau, Central Africa, Chad, Burundi, Zimbabwe, Uganda, Cameroon, DR, Congo and the Republic of Congo.

Fighting corruption should be task for everybody said Samuel Kaninda in response to solutions for the way forward. Besides the framework that countries need to put place, the civil society has to step up its role.

Transparency International is willing to engage with countries in the continent and the wider international community in the quest for lasting solutions, Kaninda said. With growing attention from the international corporate world, Kaninda said corporations coming to Africa need to be clearly identified .Institutions and clear-cut rules need to be put in place to curb incidence of corruption, he said.

Corruption is not an issue of the South or the North, Kaninda said in response to a question on illicit outflows of money from Africa. Without these massive flows, Africa will not be talking about Aid but Trade,  said Kaninda. African governments should engaged in discussions with the rest of the world especially those that provide safe haven for massive loots from Africa so as to curb this trend which saps Africa of resources needed for its own development ,said Kaninda.

U.S. Chamber of Commerce Hosts Nigerian Trade Minister as Both Agree to Work Together 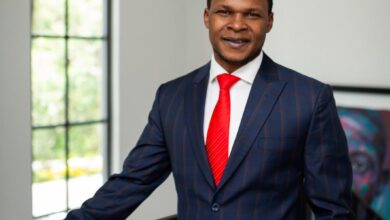