The inaugural African Economic Platform, set to take place in Port Louis from March 20–22 this year, will institutionalise a new annual platform for African leaders and create an avenue for dialogue amongst a range of sectors, including the African political leadership, business leaders in the private sector and intellectuals. The Platform will bring together heads of state, business leaders, academics and young Africans to discuss the development of Africa as set out in Agenda 2063. Some of the key themes that will be tackled during the platform are industrialisation, intra-African trade, skills development as well as free movement of people and goods in the continent.

In her welcome remarks during the 28th Ordinary Session of the Assembly of Heads of State and Government of the African Union, Chairperson of the African Union Commission, HE Dr Nkosazana Dlamini Zuma said the African Economic Platform will allow governments to engage the business and academic sectors to close the gap between industry and education systems and that the strengthening of links between all sectors will help to eradicate the skills mismatch, stop graduate unemployment and address the shortages of engineers, agricultural scientists, biologists, geologists, and a host of other skills.

The Deputy Chairperson has been at the forefront of the organisation of the inaugural African Economic Platform. In February 2016, he concluded a three-day official mission to Mauritius and later led a delegation to Botswana in November, where he delivered a keynote speech at the World Federation of the Development Finance Institution CEO’s Forum further emphasising the importance of this platform.

During the signing ceremony, the Deputy Chairperson thanked the Mauritian government for its commitment to the continent’s economic reform by hosting an initiative that is driven by Africans and will provide the policy space for Africans across all sectors to set their own agenda and further promote African integration and development.

Minister of Foreign Affairs, Regional Integration and International Trade from Mauritius, Hon Seetanah Lutchmeenaraidoo, said the signing ceremony marked the beginning of a journey of the implementation of the process of industrialisation and economic transformation as reflected in both the 2030 Agenda for Sustainable Development and Africa’s Agenda 2063 – The Africa We Want. He said one of the core objectives of the Platform will be to work towards mobilising appropriate resources by promoting ease of doing business in Africa, increasing investment attractiveness of the continent and facilitating the implementation of strategies for economic diversification and industrialisation. He further extended a warm welcome to all participants who will be attending the African Economic Platform in March.

Speaking on behalf of the AU Foundation, Dr Amany Asfour said Africa has a great potential to be the strongest and richest continent in the world and that AU Foundation’s role is to transform Africa through innovations of youth, women and raw materials as part of Agenda 2063 which seeks to attain a powerful and all inclusive Africa. She said the African Economic Platform will prove that Africa has domestic funding and are able to transform African projects without relying on international donations.

Africa: Inside the AU Race - Why the Favourites Lost 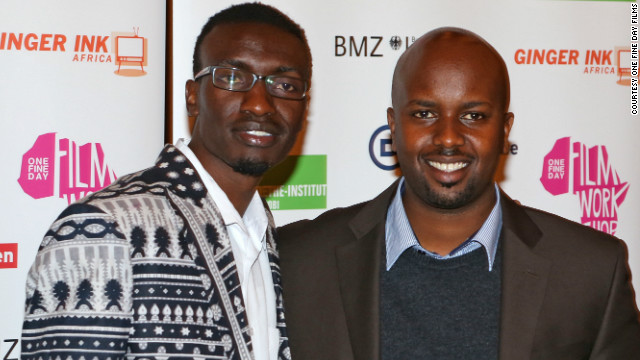