The finances of Ashish Thakkar, once called the continent’s youngest billionaire, face scrutiny in a London divorce court

So it came as a surprise to a U.S. investment company checking on a Mara Group e-commerce startup to find that Mr. Thakkar didn’t own a stake in the new business, or in its parent company, which is based in the world’s tallest building in Dubai. Further checking showed that various projects he had publicized hadn’t made it off the ground, and most of 11,000 people he has said the company employs in 25 African countries don’t work directly for Mara.

On Monday, a London court is set to study Mara Group’s ownership as part of Mr. Thakkar’s divorce from his wife of five years. Mr. Thakkar told the divorce court last year he doesn’t own Mara Group and his personal assets are worth less than $600,000.

A Wall Street Journal examination of corporate filings and court records, and interviews with two dozen people including investors, show Mara Group has investments and assets worth about $30 million, the biggest chunk being a minority stake in a technology-services company. They are held through a network of companies registered in the British Virgin Islands. Until 2012, the company, which doesn’t file financial reports, was owned by a “bearer share” Panama foundation, owned by whoever held the stock certificate.

Mr. Thakkar said in an interview that Mara Group has always been owned by his mother and sister, and that he isn’t motivated by money. “Being the face of something doesn’t make you the owner of it,” he said. He never claimed to be a billionaire, he said. His other family members declined to comment.

Not long ago, a gold rush of foreign investment into the continent gave rise to the catch phrase “Africa Rising.” Now, investors’ enthusiasm has dimmed amid a commodities slump, and growth projections for sub-Saharan Africa are the lowest in two decades.

Mr. Thakkar and Mara Group, similarly, have hit a rough patch. Atlas Mara Ltd., the African banking group Mr. Thakkar co-founded with Mr. Diamond, lost 78% of its stock-market value in three years. A South African real-estate fund is removing “Mara” from its name after recently cutting ties with Mr. Thakkar. An Abu Dhabi sheik took legal action last year to cash out of a troubled, Mara-run fund. Shopping malls and office buildings Mr. Thakkar had hoped to develop have been mothballed, and the e-commerce venture struggled to raise capital.

Mara Group group employs about two dozen people, including family members. The 11,000 employees Mr. Thakkar often mentions, he said, refer mainly to those working at banks owned by Atlas Mara, of which he owns around 0.3%, and ISON Group, the technology-services company in which Mara holds a 22% stake.

Mr. Thakkar was born in Leicester, England, after his parents left Uganda during dictator Idi Amin’s purge of ethnic Indians. They moved to Rwanda when Mr. Thakkar was 12.

On his first visit to Rwanda’s capital, Kigali, Mr. Thakkar watched out his window a massacre unfolding that would take 800,000 lives over 100 days, he recalled in his 2015 book, “The Lion Awakes: Adventures in Africa’s Economic Miracle.”

Mr. Thakkar left school at 15. He started flying to Dubai to buy computer parts, then sell them across Africa. It was the start of Mara Group, which grew to include a cardboard-manufacturing plant and a residential development in Kampala. At 18, he changed his name to Ashish, from Prateen, on the advice of the Hindu guru his family follows.

Around the turn of this decade, Mr. Thakkar hatched a proposition for investors coming to Africa: Mara could help cut through red tape, drawing on his relationships with governments. Executives at companies who worked with Mara say Mr. Thakkar helped secure local licenses and approvals and introduced them to government officials in countries such as Zimbabwe and Uganda.

“We were coming to Africa for the first time. We felt we would need somebody to hold our hand and take us through the complex nuances of a new continent,” said Ramesh Awtaney, the founder of ISON Group, a Kenya-based technology company that set up in Africa in 2010.

A member of Abu Dhabi’s ruling family, Sheikh Nahayan bin Mubarak al Nahayan, put $19 million into a fund for Mara’s projects in technology and agriculture, according to a legal filing by one of the sheik’s companies. The fund, run by Mr. Thakkar and his brother-in-law, Prashant Manek, bought part of Mara’s stake in the ISON venture and Ugandan farmland.

No other investors signed on, and the fund languished when Mr. Thakkar separated from Mr. Manek’s sister in 2013. The two men stopped speaking as the families tussled over the divorce, according to people familiar with the fund.

The sheik sued in the Cayman Islands to try to liquidate the fund, claiming Mr. Thakkar and Mr. Manek shirked their duties by failing to find other investors, running up unnecessary costs and letting the family dispute affect the company.

By then, Mr. Thakkar had hooked up with Mr. Diamond, who left Barclays in 2012. Mr. Diamond had set up a private-equity firm, Atlas Merchant Capital LLC, and was putting together a plan to buy African banks. The two men founded Atlas Mara six months after meeting at a conference. In 2013 and 2014, the company raised $625 million on the London Stock Exchange to buy banks in countries including Botswana and Nigeria.

Both men are on Atlas Mara’s board and own shares. Mr. Thakkar holds a stake now worth about $466,000.

In 2014, Wellington invested $25 million in a now-defunct mobile-money venture Mara Group worked on with U.S. technology company Mozido Inc., people familiar with the matter said. Mr. Thakkar said Mara and Mozido “briefly formed a joint venture together but decided to go our separate ways.” Wellington and Mozido declined to comment.

In November 2014, Messrs. Thakkar and Diamond took Guggenheim Chief Investment Officer Scott Minerd around Uganda and Rwanda by private jet and helicopter. In Kampala, they saw a 14-acre site Mr. Thakkar had been trying to develop for years, then lunched with Uganda’s prime minister.

A Guggenheim spokesman said its officials frequently travel to look at potential and existing investments, and it covers their trip costs.

Last year, a property fund listed on the Johannesburg stock exchange bought a stake in a Kenyan mall from a consortium of investors including Mara Group and hired Mara to find more investments. The fund changed its name to Mara Delta Property Holdings Ltd. and Mr. Thakkar joined the board.

Mara Delta said its contract with Mara Group was dissolved by mutual agreement and it plans to remove Mara from its name. Mr. Thakkar declined to comment.

In 2015, Mr. Thakkar visited investors in the U.S. to try to raise $100 million for the e-commerce business. Christian Unger, a technology executive at Swiss private-equity firm Partners Group AG, was named chief executive. When investors didn’t commit, Mr. Unger decided to remain at Partners Group, a person familiar with the matter said.

“We both decided that he wanted to move on,” Mr. Thakkar said. Mr. Unger declined to comment.

Back in Dubai, Mr. Thakkar is working on a scaled-down version of the e-commerce startup, delivering parcels. 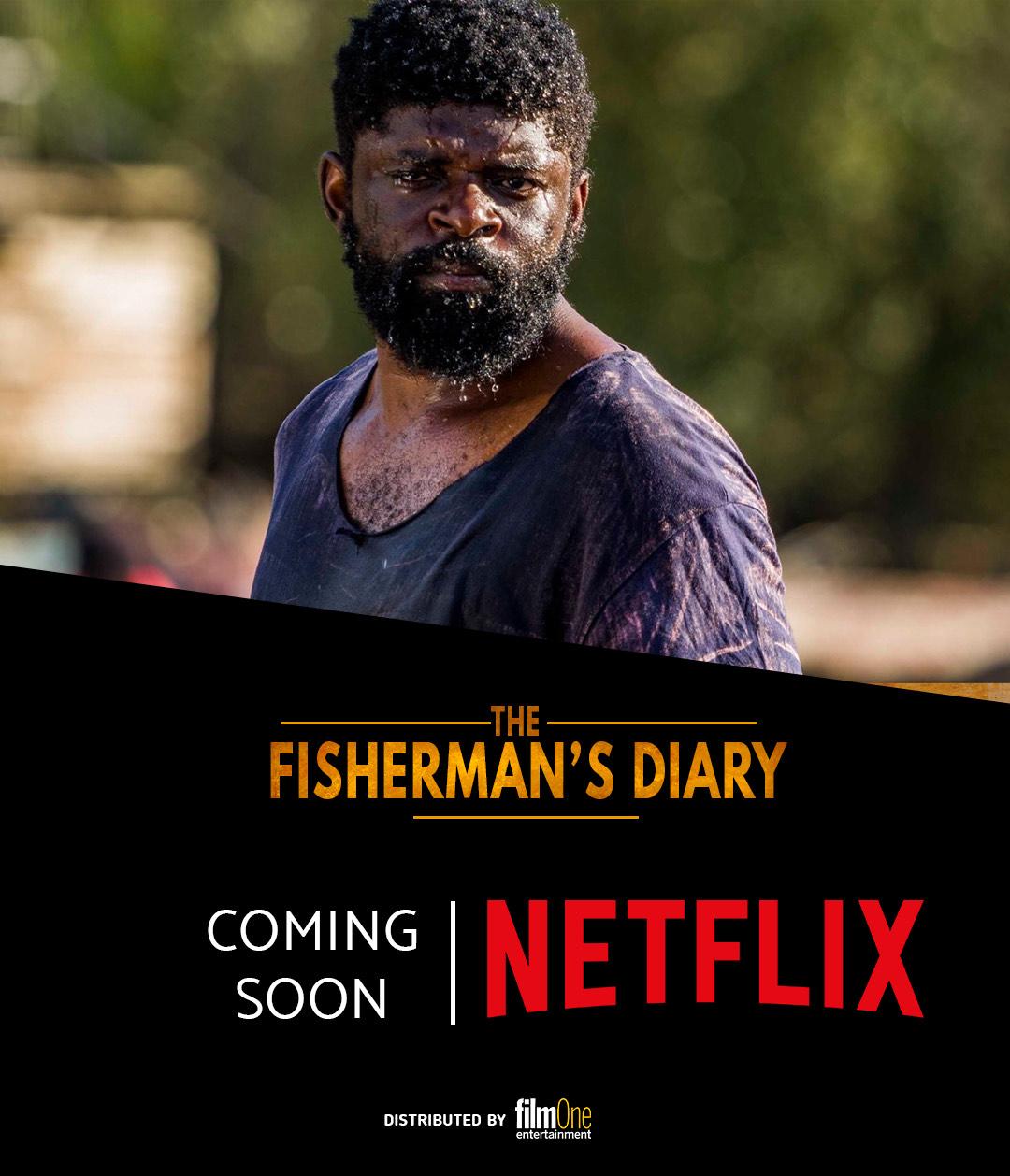