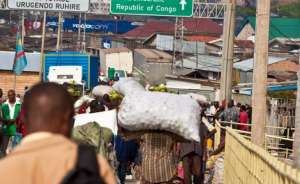 Dar es Salaam — Tanzania, Zambia and the Democratic Republic of Congo (DRC) are planning to construct a 700km bridge in an effort to boost trade relations among them.

DRC’s Katanga Province governor Jean-Claude Kazembe said here yesterday that the bridge to be constructed at Kasenga on the border between Congo and Zambia will cost $85 million (about Sh190 billion on the prevailing exchange rate). Upon constructing the bridge it will easy to cross the Luapula River, which is a section of the River Congo.

The Congo River is Africa’s second-longest river. The Luapula forms part of the border between Zambia and the DRC.

Data shows that goods destined for DRC and Zambia account for 35 per cent and 24 per cent respectively of all cargo in transit that pass via the Dar es Salaam Port, hence the need for three countries to foster their trade relations by embarking on joint projects to improve infrastructure.

“So far, we have already held talks with the relevant ministry in Tanzania (the Ministry of Works, Communication and Transport) and they have shown a positive interest in the implementation of the bridge,” Mr Kazembe told journalists yesterday.

According to him, the bridge will ease transportation of people and cargo across the three countries.

He said a Chinese company had completed the first phase of the project’s feasibility study.

“As soon as we finalise talks with Zambia, actual construction will start soon,” he said.