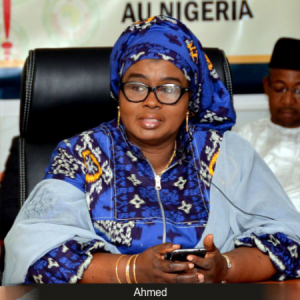 IN line with the ECOWAS and United States Government’s partnership to promote peace and security within the region, the U.S government has handed over a consignment of Information Technology and Communication, ITC, equipment which will bolster the Commission’s Early Warning mechanism.

In a brief handover ceremony on 11th January 2017, Abuja, Nigeria, the ECOWAS Commissioner for Political Affairs, Peace and Security, Mrs. Halima Ahmed stated that this gesture will enable the Early Warning Directorate achieve its objectives and mandate.

‘This equipment will enhance the capacity and coordination of National Early Warning and Response Centres in Member States, as well as the collation of relevant data within the Community’, She said.

The Commissioner, used the opportunity to express the gratitude of ECOWAS to the United States government and emphasized the need for the U.S to continue its support for the Commission in this regard.

Derell Kennedo, political officer (Embassy of the U.S-Nigeria) representing the United States Government during the handing over ceremony, expressed the U.S interest in peace and security within the region. He stated that, the peace and stability in West Africa would not only benefit ECOWAS citizens but also the U.S.

Two vehicles were also presented to the ECOWAS Early Warning Directorate during the handover ceremony.

In attendance of the ceremony were the ECOWAS Commissioner for Finance, Mr. Allieu Sesay, Director for Early Warning, Dr. Abdou Lat Gueye, the Director for Political Affairs, Dr.Remi Ajibewa and the Director for Peace-Keeping and Regional Security, Dr. Cyriaque Agnekethom.

What Does The Future Of Air Travel Look Like?