A Kenyan MP has asked women to withhold sex from their husbands until they register as voters for the 8 August elections.

Mishi Mboko, the women’s representative for the coastal city of Mombasa, says it was the best strategy to shore up opposition votes.

“Women, this is the strategy you should adopt. It is the best. Deny them sex until they show you their voter’s card,” she said.

The registrations ends on 17 February.

Ms Mboko said sex was a powerful weapon and would encourage reluctant men to rush to register as voters in the exercise that began on Monday.

She said her husband would not be affected by the boycott as he had already registered, the Standard newspaper reports.

Kenya’s President Uhuru Kenyatta will be seeking a second term and is expected to be challenged by a candidate supported by an alliance of opposition parties, including Ms Mboko’s ODM.

Ms Mboko said that the opposition alliance had a better chance of winning the elections if its supporters registered in huge numbers.

Calls for sex boycotts are common in Kenya. In 2009, women activists held a week-long sex strike to get then President Mwai Kibaki and Prime Minister Raila Odinga and their allies to reconcile after falling out. 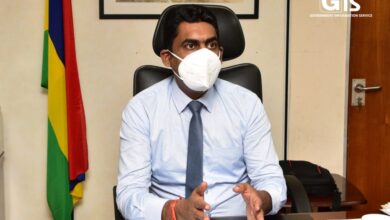