Kenya has started a digital skills training program to enable 1 million young people to secure freelance online work in the next year, in a bid to tackle the country’s acute youth unemployment problem.

Kenya has the highest rate of youth joblessness in East Africa, the World Bank said, with 17 percent of all young people eligible for work lacking jobs. Neighboring Tanzania and Uganda have comparable rates of 5.5 and 6.8 percent respectively.

There are now an estimated 40,000 Kenyans who have secured online work ranging from transcription services to software development on sites like Amazon’s MTURK and the Kenyan-owned KuHustle platform.

Joe Mucheru, the minister for information, communication and technology, said the digital jobs initiative aimed to boost that number to 1 million, using a partly government-funded program called Ajira, or “employment” in Swahili.

“It is called the gig economy,” he told Reuters, without saying how much the government was funding. “Companies are actually putting work online because it is cheaper, it is efficient and it is better for them.”

Kenya has sought to promote itself as a tech hub for Africa.

Its successes include pioneering work by Safaricom to build a mobile money payments system, M-Pesa, that can be used on the simplest devices and which has been mimicked abroad.

But experts say Kenya and other African governments seeking to expand IT skills in their economies need to improve the reliability of electricity supplies, lower the cost of internet access and boost IT training in the education system.

Through Ajira, Kenya’s government sends mentors across the nation to train young people, providing internet connectivity for free on Wi-fi and an online registration platform.

Kenya’s internet penetration rate is about 85.3 percent according to the regulator Communications Authority of Kenya, high compared with 28.7 percent for the continent as a whole.

“When you give young people internet connectivity and you give them gadgets, they get creative and they start finding things,” said Sam Gichuru, the co-founder of KuHustle.

KuHustle has 21,000 Kenyans who use it to secure online work. Gichuru plans to launch it in other African nations.

Derrick Muturi, 25, started online work with KuHustle in 2013 and now runs a firm that employs four to develop livestock management apps for farmers and runs a website for meat deliveries.

Muturi, an IT graduate who works from Nairobi’s business incubation center Nailab, said he was able to start a small business without hunting for capital, one of the biggest challenges for African entrepreneurs.

“Your capital is actually what you know, your experience and how good you are,” he said.

The government initiative mirrors one started by Google, which has trained half a million young Africans with digital skills and aims to create 1 million web-based jobs.

South Africa's battle with the bottle 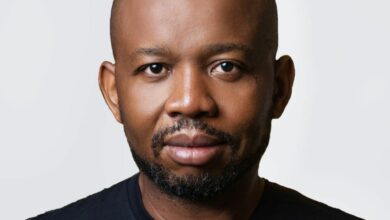