The Nigerian Army has raised an army battalion that would be deployed in troubled Gambia to forcefully remove President Yahya Jammeh from power if he fails to step down on January 19, PREMIUM TIMES can authoritatively report today.

The battalion, christened ECOMOG NIBATT 1, was drawn from the Army’s 19th Battalion based in Okitipupa, Ondo State, military insiders have told PREMIUM TIMES.

Personnel were also drawn from other formations and units across the country due to shortage of men at 19 Battalion which has a significant chunk of its troops deployed for internal security task force, Operation Delta Safe.

This newspaper learnt that the Army Headquarters has instructed the nominated officers and men, put at over 800, to immediately report at the Nigerian Army School of Infantry, Jaji, for a crashed course on counter terrorism and counter insurgency.

Our sources said Army Headquarters has also instructed the Army directorates of policy and plans; finance; and logistics to ready funds, arms, ammunition and other logistics for the operation.

There were suggestions by some of our sources that the Nigerian Air Force and the Navy might deploy men and equipment for the operation as well.

Top military officers said the Nigerian Battalion would be deployed in The Gambia anytime after January 19 if President Jammeh makes real his threat not to step down after the expiration of his tenure.

“This is an emergency operation, but we are ready,” one officer said. “The Nigerian Army is a strong, professional fighting force battle ready at anytime. We are so well structured that we can deploy at the touch of a button.

“We did it in Liberian, Sierra Leone and elsewhere. And Jammeh should know that we are not a joking force. Once we get the all clear from ECOWAS, the AU and the UN to move in, we can pick him up.”

The regional bloc, the Economic Community of West African States (ECOWAS), had on December 23 put standby military forces on alert.

On Thursday, Mr. Jammeh said he would not step down before a Supreme Court decision on the disputed election, the BBC reported.

The President, the report said, insisted his cabinet and the National Assembly would remain in place until the Supreme Court rules on his party’s petition.

There is currently shortage of judges in the country to sit on the matter.

The case can only be heard in May if Nigeria agrees to supply judges to the Supreme Court.

The ECOWAS Commission President, Marcel de Souza, said Senegal, The Gambia’s only territorial neighbour, would lead any military operation in the country.

He initially accepted defeat and congratulated Mr. Barrow but changed his mind and decided to challenge the outcome of the election.

He also vowed not to hand over to the winner as expected on January 19.

Kenya: Opposition to Field One Candidate in 2017 Presidential Poll 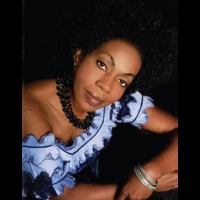