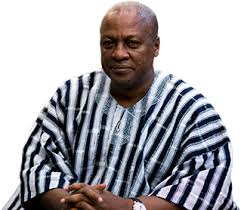 Good evening, my fellow countrymen and women. A few minutes ago, I made the most difficult phone call I have made, and may ever make, in my life: I called President-elect Nana Addo Dankwa Akufo-Addo of the New Patriotic Party to congratulate him on his well-fought and well-deserved victory in Wednesday’s election.

The win has been emphatic. If anybody has reason to doubt the presidential results, the sheer magnitude of the defeat, which our parliamentary candidates have suffered, is the clearest indication that we have outlived our welcome.

Telling the world that I would graciously accept the outcome of the election was one thing, but confronting the stark reality of an electoral defeat is another harrowing experience altogether. But I had no option. The people of Ghana have said emphatically that they are taking away the power they gave to me four years ago, and I have no power to say no. Besides, I love the country that has given me the opportunity to serve in various capacities for nearly two decades and I will not do anything to undermine our democracy or threaten the peace we enjoy.

Before I continue, permit me to congratulate the NDC family, especially my campaign team, for putting up such a spirited fight. When I was growing up in northern Ghana, I used to hear stories of very spiritually powerful and dreadful cattle rustlers who informed cattle rearers before they actually moved in to steal the animals. They would tell the owner that “tonight, we will come and steal your cattle.” They were so powerful that they cast spells on those policing the cattle and drive away the animals away before the men who gathered to stop them could wake up from their deep sleep to gnash their teeth and endure the scornful gossips of their women in the morning.

When the time was up for these cattle rustlers, however, they were overpowered and captured by women. I think we lost because our time was simply up, and no amount of deceptive campaign promises could keep us in power. No amount of monopolization of the media space could save us. No amount of money could stop our defeat. No amount of local and international celebrity endorsements could help us. And no amount of vote buying could stand the irresistible hurricane of change that shook our nation on Wednesday.

I will urge my party members to stop the “blamestorming” that has started so that we brainstorm on how to get ourselves out of the mess we have put ourselves in. The future of our great party looks gloomy and we have to start work on how to get ourselves out of what appears like an eternal stay in opposition. In life, when you are hit by the subduing blow of misfortune, you have two options. You can allow that blow to crush you. You can also move on with the enormous lessons such misfortunes often present. I cannot immediately tell my next move in life, politics and my role in our great party. But if I should ever make a comeback to politics, the lessons I have learnt from our defeat should serve as the moral code which will guide how I guide myself.

I have learnt that the Ghanaian voter, though mainly uneducated and simple, is more sophisticated than we thought. I have learnt that it is unacceptable for the people to loot, hoard and splash during elections.

I have learnt that the calls of the noisy minority cannot be ignored because they largely shape the opinions of the silent minority, who we politicians exploit for our selfish gain. I have learnt that not all those who criticised us hated us. Sometimes the best way to express your love for someone is to be critical of their actions. If I should ever return, I will not display a “dead-goat syndrome” towards disaffection of the masses.

Another important lesson I have learnt from this defeat is that the success or failure of a leader depends on the kind of people he or she surrounds themselves with. While Rawlings appointed the likes of Dr. Mohammed Ibn Chambas as deputy ministers, I made the mistake of giving that respectable position to the likes of John Oti Bless. I have now realised, rather too late, that if I had kept the likes of Ben Dotsei Malor and Dr. Raymond Atuguba around me, they would have injected some semblance of sanity into the Presidency and given that high office an aura of respectability and decency. The praise-singing sycophants who act on the dictates of their stomachs are only specialized at telling you what you want to hear. Unfortunately, I did not listen to voices of reason. Our elders say a disease that will kill a man first breaks sticks into his ears.

A lot of the people who have called me to comfort me have maintained that I have been let down by my ministers and the people I trusted so much. I wish to take the blame for everything that happened to me. It is said that a man may fail many times but he is not a failure until he blames others for his failures. Nobody forced my appointees on me. Our elders say God gives us our friends but we choose our friends. And it is us, and not God, who will bear the consequences of any choice we make. Like the wood insect that gathers sticks on its head, I have brought this upon myself, and I will carry it alone.

Fellow Ghanaians, before I end, I will like to wish our President-elect, Nana Akufo Addo, the best of luck in his administration. I will, however, like to caution him to be very careful in order not to repeat the mistakes I made in my administration. His success or failure depends on the kinds of people he appoints. He should focus on the people and not the party. He should remember that after four years, Ghanaians will be demanding accountability from him. He and the NPP should remember that the shea butter that is gloating over the ill-fated salt because of a heavy downpour should fortify itself with ice before the sun rises. What has befallen us can befall you if you allow the intoxicating effect of power to blind you.

In 2008, the NDC won mainly because the NPP’s stronghold in Ashanti Region did not vote massively. In 2016, the NDC lost partly because our stronghold in the Volta Region taught us a lesson that we will never forget. We should begin to see them see human beings, and not votes, when we ever occupy any political office. In the NDC, Volta Region sounded like Voter Region. We referred to the Volta Region as our World Bank, but they turned out to be a DKM Microfinance when it mattered most.

Finally, I will urge civil society and the media to keep a critical eye on the new administration if our country can ever develop. I have realised that the corrupt journalists and members of the civil society who connived with officials of my administration to defraud the state or cover up rot did not only hurt the country but they are part of the reason I have to forever live with the humiliation of the first one-term president in the Fourth Republic. This is our country. And its fortunes lie solely on us. Let’s all stand up and be counted.

God bless our Homeland Ghana and make our nation great and strong!