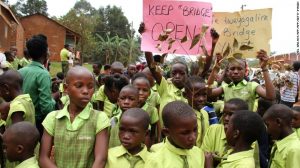 Uganda’s Ministry of Education is set to shutter the 63 schools run by Bridge International Academies, whose pioneering model for low-cost, private education has drawn significant attention — and investments — from major international players, including Bill Gates and Mark Zuckerberg.

Bridge has expanded quickly since opening its first schools in Uganda in February 2015, with more than 12,000 students currently enrolled in its academies across the East African country. According to ministry officials, though, it did so without meeting national standards. Bridge officials refute the allegations, and some education experts cast them as part of a broader international campaign to stop the development of affordable alternatives to underperforming public school systems.

Bridge has turned to Uganda’s court system to block the ministry from acting on its pronouncement. In November, the country’s High Court ruled against the company, determining the ministry had the authority to close the schools. Bridge is currently appealing that decision.

Caught in the middle of this dispute are the Ugandan parents who have paid to send their children to Bridge’s primary and nursery schools. They are now anxious about what will happen if the schools do close, which could happen as early as January. The ministry has called on nearby public schools to absorb the Bridge students but has not presented a plan detailing whether the often-overcrowded Uganda school system can absorb the new pupils.

A model for growth

David Luutu lives two houses down from a Bridge school in Kagoma, an hour’s drive north of Kampala, Uganda’s capital. The academy’s concrete exterior is covered in murals of airplanes, animals and the Ugandan flag. Luutu’s 5-year-old daughter is currently in the final year of the nursery school.

“I have no question about Bridge, because my child is getting a good [education], is speaking English,” he said. When she starts primary school next year, Luutu would prefer to keep her at a Bridge academy, where he believes she would get a better education than at one of Uganda’s public schools.

It has been nearly two decades since Uganda made primary education freely available to every student, but the system is plagued by teacher absenteeism and classroom and textbook shortages, according to Uwezo, an independent, household-based assessment of children’s educational achievements in Uganda.

Bridge was created to offer an alternative for low-income earners like Luutu, an informally employed merchant. The first Bridge school opened in 2009 in a Kenyan slum. The company now operates 470 schools in five countries and calls itself the “world’s largest education innovation company.”

In Uganda, parents pay about $22 for each of the three school terms. That is far less than most private institutions in the region. And in some instances, it is on par with public schools that, while ostensibly free, still require students to buy uniforms and supplies.

As Bridge grows, the company has been able to negotiate low prices for books and other classroom items. The company’s model drives costs down further by automating as much of the administrative and classroom management aspects as possible. 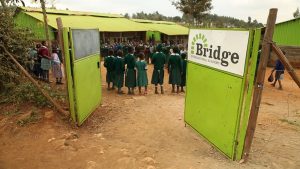 Technology also has a unique role in the classroom. Bridge teachers are equipped with a digital tablet that guides them through each day’s lesson. The technological tools allow Bridge to achieve standardization across all of its schools, regardless of an individual instructor’s capacity.

Critics worry this method robs classrooms of discussion or interactive learning. But Bridge officials point to the results of their internal performance evaluations in Kenya, which seem to indicate their students are advancing at a faster rate than peers in the public school system.

The company is set to continue its rapid growth into other corners of Africa and Asia, with plans to reach more than 10 million pupils within the next decade.

In Uganda, though, lawmakers and education officials say in its hurry to expand, Bridge cut corners. The allegations, dismissed by Bridge’s in-country team, have jump-started a high-profile battle with far-reaching implications for Uganda’s education system.

As Bridge entered the Ugandan market, Country Director Andrew White said his team held a series of meetings with Ministry of Education and Sports officials. He described the tone of these initial meetings as positive and Bridge moved ahead with its Uganda rollout.

The ministry, through a spokesperson, declined to comment on any issues related to Bridge pending the outcome of the ongoing court proceedings.

In each of the locations where they planned to build a school, White said they met with district officials to begin acquiring a licensing recommendation, which was then submitted to the national Ministry. Of Bridge’s 63 Ugandan schools, he said 29 have received a recommendation — which includes positive health and education inspections — and the rest were nearly finished with the process.

Then in April, he received a letter from the ministry instructing Bridge to stop expanding.

“In the first quarter of the year, unbeknownst to us, there seemed to be a slight breakdown in our relationship with the ministry,” White said. “The ministry came under significant lobbying from outside groups trying to influence the ministry against Bridge.”

The concerns became public in July when Margaret Rwabushaija, the chairperson of the Uganda National Teachers’ Union (UNATU) and a member of Parliament, took to the floor to criticize the proliferation of low-cost, private education. “Ugandans are being hoodwinked by these so-called international schools and, to be specific, Bridge International Academies,” she said, according to a transcript posted on the website of Education International.

UNATU is a member of EI, a global confederation of teachers’ unions, which has been actively campaigning against the expansion of for-profit education companies. Rwabushaija is a former executive board member of the organization and her July criticisms previewed a September EI report that is highly critical of Bridge’s work in Uganda. The report faults Bridge for neglecting Uganda’s legal and educational standards, for undermining teacher-pupil relationships with its automated teaching method and for an overall “failure to bring affordable, quality education.”

Rose Nassali Lukwago, the Education Ministry’s former permanent secretary, would cite many of the issues highlighted in the report in an order she issued at the end of July officially closing all of Bridge’s schools.

White has dismissed the accusations as baseless and pointed to the district inspections — both health and education — which routinely found Bridge schools met Uganda’s minimum standards. Bridge provided Devex with examples of four such reports, which substantiate his statements, though requested they not be quoted from or made public in the midst of ongoing litigation.

White said the ministry’s subsequent reports on the condition of Bridge’s schools were riddled with factual inaccuracies.

Pupils caught in the middle

Bridge parents come down on both sides of the conflict. Luutu is delighted with the education his daughter is receiving. Though he said there is room for improvement, especially when it comes to infrastructure. The current buildings, he said, are “OK, because for a start, you can’t start with the big buildings.”

Susan Nakayiza is much less satisfied. Her 4-year-old daughter also attends the Kagoma school and she said the “buildings are very poor.” Speaking to Devex through her neighbor’s translation, she added that the teachers treat the children badly — even beating them.

White said Bridge maintains a zero tolerance policy on teachers beating children. His office does get “the occasional complaint,” he said, which they will investigate. Any teachers who are found to have hit their students are immediately fired. He said that while the schools are often constructed out of basic materials, part of an attempt to keep costs down, they meet the country’s standards.

At the moment, Bridge’s future remains in limbo after Uganda’s High Court lifted the temporary injunction stalling Lukwago’s order in November. Unless the new Bridge appeal is successful or the two sides reach an eleventh-hour agreement, the ministry can close the schools as early as next month.

White declined to speculate whether a slower expansion would have allowed Bridge to work out some of the difficulties that have arisen. He said the organization remains hopeful they can reach an accord — and maybe even a partnership — with the ministry.

The dispute has introduced a larger debate over the future of private, affordable education in Uganda  and elsewhere in the region. After the Ugandan action, the Kenyan National Union of Teachers published a report slamming the group’s work in the country and calling for the 405 Bridge schools in the country to be shut. Kenya’s Education Minister Fred Matiangi then came out in support of the report’s criticisms.

Godwill Wana, an education researcher who did market research for Bridge when they first arrived in Uganda, said the antagonism of groups like EI reflects their fears that, in countries like Uganda, private institutions can bypass traditional power structures, including teachers’ unions — the very groups EI represents. In Uganda, for instance, teachers at private schools are not required to join UNATU, unlike their public school counterparts.

“They [UNATU] really try their level best to make sure private schools do not come up,” even if they offer a better educational opportunity than public schools, he said. “Bridge is a big threat to them here.”

Frederick Mwesigye, the executive director of the Forum for Education NGOs, disagrees. His group advocates for improved education policies. He told Devex that if anyone is putting profit above actual educational needs in Uganda, it is Bridge. While he conceded the current public school system has its share of shortcomings, including teacher absenteeism and overcrowding, he has seen no evidence Bridge is offering a better alternative.

“Bridge is making money building schools where there are other schools, either private or public,” he said. “The idea they are catering for those who don’t have education is a lie.”

Better, Mwesigye said, for Gates, Zuckerberg and other donors to channel their investments, not into Bridge, but into shoring up Uganda’s public education system.

Devex reached out to major funders of Bridge, but by the time of publication had not received comment from the Chan Zuckerberg Initiative, representatives for Gates or International Finance Corp.* The Omidyar Network issued a statement praising Bridge’ work in Uganda. “The implication of the 63 Bridge International Academies closing in Uganda would be that more than 12,000 Ugandan children would lose their schools. Bridge has been working closely with authorities to resolve any concerns or misunderstandings, so that it can continue to serve thousands of Uganda’s underserved children and families,” the group said.

Ultimately, the parents of Bridge students said their enrollment indicates a real demand for an affordable alternative to the educational options they currently have. Father and grandfather Robert Ekaju is worried that option will be taken away in the coming weeks.

“I don’t want somebody to say we are going to close this school with an alternative,” said Ekaju, who has two children and four grandchildren attending a Bridge school in Mukono, a town on the outskirts of Kampala. “How do you close a school without an alternative? Where are the children going?”

Is it really news that an African city is dusty? 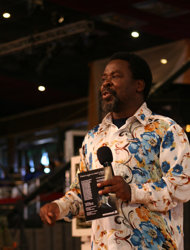