The United States and European Union have imposed sanctions on officials in the Democratic Republic of Congo (DRC) who allegedly used violence and other means to delay the country’s elections.

President Joseph Kabila’s second and, according to the constitution, final term is due to end in one week on December 19. But Kabila is slated to remain in office beyond then after reaching a deal with an opposition faction to delay elections until 2018.

The majority of the opposition has rejected the deal and is demanding Kabila step down next Monday.

The U.S. Treasury on Monday sanctioned Congo’s Deputy Prime Minister Evariste Boshab, saying he is a “key player” in Kabila’s strategy to stay in power past the end of his term. The Treasury said Boshab told officials to quit if they back the opposition, and he supports the “neutralization” of opposition protests.

Also sanctioned was Kalev Mutondo, a leader of Congo’s National Intelligence Agency, who according to the United States, pressured officials to ensure the DRC’s election process favors Kabila.

The European Union imposed sanctions on seven DRC officials, including four top officials in the police, army and Republican Guard who it says were responsible for acts of violence that killed at least 50 people during anti-government protests in September.

Three other senior figures were accused of using arrests and violent intimidation to obstruct a peaceful solution to the political crisis.

Lambert Mende, Kabila’s communications minister, told VOA that nothing authorizes the American administration to sanction a government and a country that is not subject to American law.

“It’s an escalation of hostility by the Obama administration,” Mende told VOA. “We do not consider it an action of the U.S., because [President Barack] Obama no longer represents the U.S.”

The European sanctions include a travel ban and asset freeze within EU territory.

The U.S. sanctions freeze any assets that Boshab and Mutondo have in U.S. jurisdiction. They also ban Americans from engaging in transactions with them.

On Tuesday, the main opposition coalition, known as the Rassemblement, will start direct negotiations with Kabila’s political alliance. The talks are mediated by the Catholic Church and are being billed as a last-chance effort to avoid uncertainty and possible violence Dec. 19. 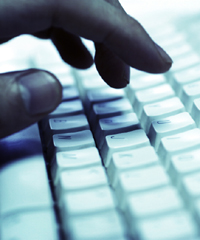 IT Liberia competition: opening a new frontier for Liberia’s entrepreneurs

Political pieces in the East and Horn of African jigsaw