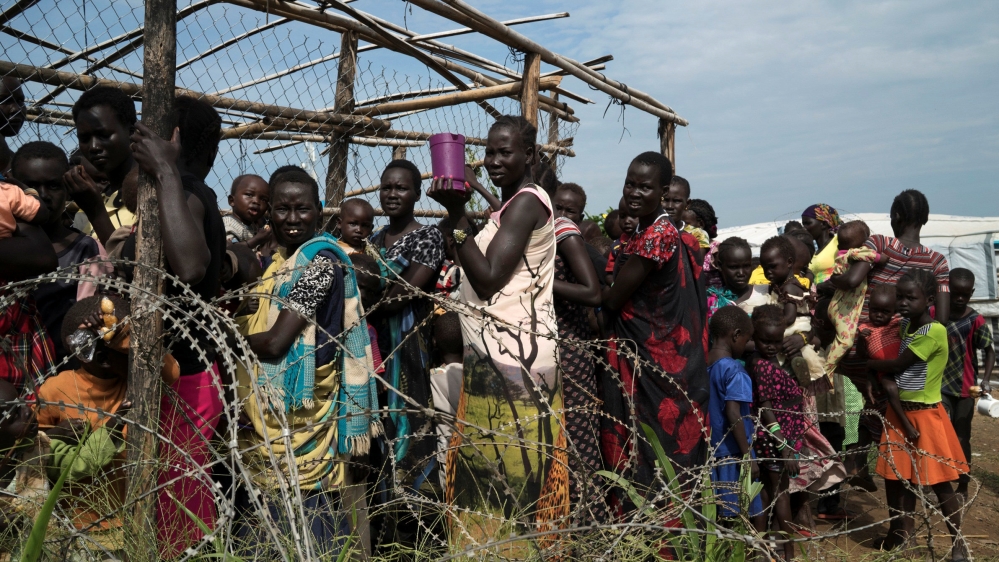 A UN commission on human rights in South Sudan has said a steady process of ethnic cleansing is under way in the country, involving massacres, starvation, gang rape and the destruction of villages.

“There is already a steady process of ethnic cleansing under way in several areas of South Sudan using starvation, gang rape and the burning of villages,” commission chairwoman Yasmin Sooka told a press conference.

“The stage is being set for a repeat of what happened in Rwanda and the international community is under an obligation to prevent it.”

The alleged ethnic cleansing comes after almost three years of fighting between government forces, rebel troops and allied militias. A political split between President Salva Kiir and his former deputy Riek Machar escalated into a military conflict in December 2013.

The conflict – which has killed tens of thousands, caused widespread hunger and forced three million people from their homes – has pitted Kiir’s Dinka ethnic group against Machar’s Nuer ethnic group and other groups suspected of supporting the rebels.

“You have so many different groups of armed actors, including the military who are talking about dealing with a rebellion and putting it down,” Sooka told Al Jazeera in a separate interview.

“You have ethnic tensions because people have been displaced from their land based on ethnicity. Everybody believes that a military conflict is almost inevitable in different parts of the country.”

Adama Dieng, UN special advisor on the prevention of genocide, has called on the Security Council to impose an arms embargo to prevent the ethnic violence from escalating into full-on genocide.

In the northern Upper Nile region, the commission “heard numerous accounts of corpses being found along the main roads,” the UN’s Godfrey Musila said.

The ethnic attacks have spread even to the southern Equatoria region, which had not experienced much violence until now, he said.

“The commissioner said that armed conflict could be averted if targeted sanctions, arms embargo and a hybrid court is set up to hold those accountable for crimes committed,” Al Jazeera’s Hiba Morgan said, reporting from Juba.

“The UN Security Council is expected to vote on targeted sanctions and an arms embargo this week, but the hybrid court… seems far from becoming a reality.”

Separately, the UN humanitarian coordinator for South Sudan said he was “deeply concerned” about bureaucratic impediments and access constraints to humanitarian agencies trying to help people in need.

The statement said 91 such incidents had been recorded in November alone.

“Humanitarian organisations in South Sudan are striving every day to save lives and alleviate suffering across this country,” humanitarian coordinator Eugene Owusu said. “Yet, they continue to face obstacles and challenges which hamper their efforts.”

The United States on Wednesday also warned of escalating violence.

“We have credible information that the South Sudanese government is currently targeting civilians in Central Equatoria and preparing for large scale attacks in the coming days or weeks,” Keith Harper, the US representative at the UN Human Rights Council, said in Geneva.

“In the last two weeks, the government has mobilised at least 4,000 militia from other areas of South Sudan and is staging these fighters in Equatoria to begin conducting attacks,” Harper said.

Earlier this month the UN’s Special Advisor on the Prevention of Genocide, Adama Dieng, told the Security Council there was a risk of “outright ethnic war” and the “potential for genocide”.

The UN rights experts are expected to publish a report on their findings in March.