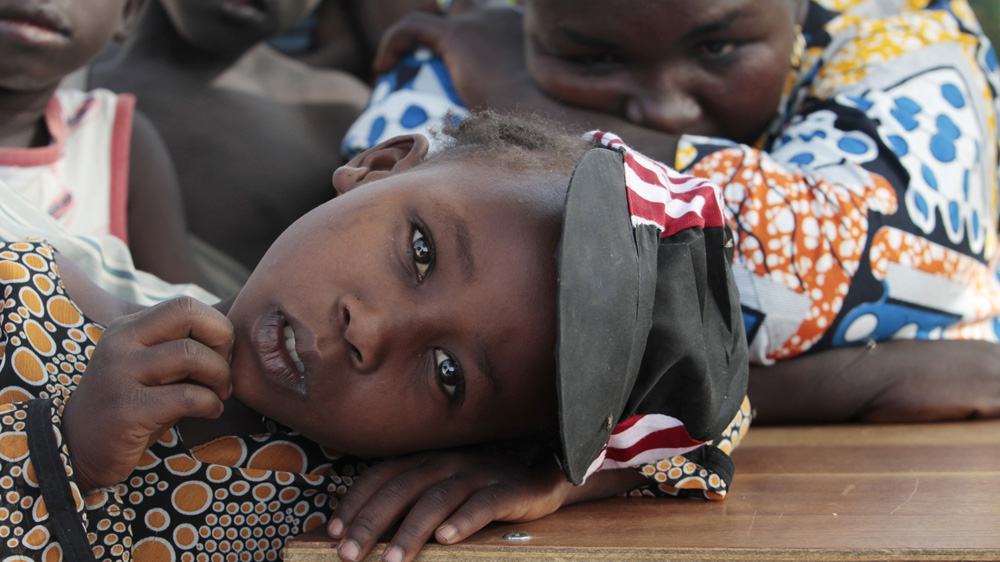 Fati Adamu has not seen three of her six children nor her husband since Boko Haram fighters attacked her hometown in northeast Nigeria in a hail of gunfire.

Two years on, she is among thousands of refugees at the Bakassi camp in Maiduguri, the city worst hit by a seven-year-old conflict that has forced more than two million people to flee their homes.

The United Nations says 400,000 children are now at risk from a famine in the northeastern states of Borno, Adamawa and Yobe – 75,000 of whom could die from hunger within the next few months.

A push against the fighters by the Nigerian army and soldiers from neighbouring countries has enabled troops to enter remote parts of the northeast in the last few months, revealing tens of thousands on the brink of starvation – and countless families torn apart.

“I don’t know if they are dead or alive,” Adamu, 35, said of her missing relatives.

There is a renewed threat of Boko Haram attacks. The start of the dry season has seen a surge in suicide bombings, some of which have targeted refugee camps, including one at Bakassi in October that killed five people.

At least 15 camps, mostly on the outskirts of Maiduguru, the Borno state capital, are home to thousands of people unable to return home and surviving on food rations.

At one known as New Prison, women and children visibly outnumber men, many of whom were killed by Boko Haram or are missing.

One man – Bukaralhaji Bukar, 45, who has eight children from his two wives – said the food he buys with the monthly stipend finishes within two weeks.

“We are suffering. It is not enough,” said Bukar, who begs on the street to make money.

In the centre of Maiduguri, life seems to be returning to normal. Food markets are bustling but soldiers in pick-up trucks clutching rifles are reminders of the need for vigilance.

In a ward in Molai district near the Bakassi camp, the air is filled with the sound of crying babies and the gurgle of those who lack the energy to cry. Some, whose skin clings tightly to their bones, are silent – too weary to even raise their heads.

“Many of them are malnourished, which is already bad enough, but they also develop things like malaria which further worsens their illnesses because they cannot eat and start vomiting,” said Dr Iasac Bot, who works at the unit overseen by the charity Save the Children.

Children have conditions ranging from diarrhoea and pneumonia to bacterial infections and skin infections.

Hauwa Malu, 20, fled with her husband and their two-week-old daughter, Miriam, from her village in Jere after Boko Haram fighters burned the farming community to the ground and took their cattle.

Miriam, now aged 10 months, has suffered from fevers, a persistent cough, and is malnourished. Her mother said they have been left without a home or livelihood.

Tim Vaessen of the UN’s Food and Agriculture Organization said a failure to restore their ability to farm would in the long term mean displaced people would depend on expensive food aid.

“They would remain in these camps, they would become easy targets for other armed groups and they might have to migrate again – even up to Europe,” he said.