Morocco has asked the African Union (AU) to readmit it, as it seeks support for its plan to offer autonomy to the disputed territory of Western Sahara while keeping it under Moroccan sovereignty.

Morocco abandoned its seat in 1984 when the AU recognized Western Sahara, a sparsely populated stretch of desert that was formerly a Spanish protectorate, and admitted it as a member.

The ministry said Dlamini-Zuma had delayed the distribution of the Moroccan request to AU members without any apparent reason, and then invented a new procedural requirement to reject letters from AU members supporting Morocco’s demand.

“The kingdom of Morocco denounces vigorously the maneuvers of African Union Commission head, who is trying to thwart Morocco’s decision to regain its natural and legitimate place in the pan-African institutional family,” the foreign ministry said in a statement carried by state news agency MAP.

“The president of the AU commission is dropping her neutrality and failing the rules and standards of the organization and its members’ will,” the statement added.

There was no immediate comment from the African organization on the Moroccan statement.

Morocco says at least 36 of the 54 AU member countries do not acknowledge the territory as a separate state and it is time to withdraw its recognition. None of the Western powers, nor the United Nations, recognize the territory, which calls itself the Sahrawi Arab Democratic Republic (SADR).

But it is unclear if powerful AU members including Algeria and South Africa, which have expressed support to hold a referendum of the people of Western Sahara on their sovereignty, would accept Morocco’s request.

The AU is expected to discuss the Moroccan request in its January 2017 summit in Addis Ababa.

Morocco has controlled most of the territory since 1975. The area has offshore fishing, phosphate reserves and oilfield potential. Morocco’s King Mohammed has been touring Africa in the last three months seeking support for its AU demand and autonomy proposal for Western Sahara.

In 2014, Morocco rejected the AU’s decision to appoint a special envoy for the Western Sahara, saying the body had no legal authority to intervene. 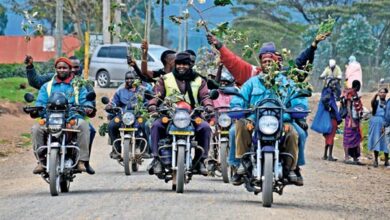