By Mima Nedelcovych and Heather Kulp*

The Niger Delta region in Nigeria is a land full of stark contrasts. The region possesses one of the world’s richest sources of oil, yet more than 70% of its 32 million residents live in poverty. The region produces nearly 75% of Nigeria’s foreign exchange earnings, while its communities still lack access to economic opportunities to create a better life for themselves and their families.

With a history of sporadic violence throughout the 1990s and early 2000s, the region was deemed virtually “untouchable” by both the international development community and private sector outside of the extractives industry. Few development organizations dared to enter the region during that time period to deliver economic development assistance and help generate well-needed jobs.

The NDPI and PIND approach sought to focus on sustainability from the start. By moving away from a grant giving approach that tends to create dependency on donor funding, NDPI and PIND focus on building market systems that catalyze economic opportunities and address the significant barriers to inclusive economic growth, such as conflict and violence, a weak civil society, and poor infrastructure.

After five years of operation, NDPI and PIND commissioned the Initiative for Global Development’s Advisory team to conduct a comprehensive, independent impact assessment of their work in the region.

The IGD Advisory team of experts provides impact assessments and strategic guidance for businesses to enhance and maximize socio-economic impact. The Advisory team employed a multi-disciplinary approach to the impact assessment, which combined traditional evaluation methods with emerging best practices to design and implement innovative methodologies and tools, to evaluate NDPI and PIND operations.

The key findings from the report revealed how a market-based approach to development can help drive systemic change and economic opportunity in the Niger Delta.

The IGD report identified six critical success factors on how NDPI and PIND have “moved the needle” towards creating systemic change in the Niger Delta. IGD felt those elements of NDPI and PIND’s approach can be adapted and potentially replicated around the world by other private sector companies working in complex operating environments.

The creation of a strong, expansive foundational network is one of the key factors that enabled NDPI and PIND to maximize impact in the Niger Delta. NDPI and PIND serve as a bridge between the private sector, government, development actors, and local organizations and individuals to encourage collaboration and innovation. Fish farmer associations, collectives for cassava and palm oil farmers and networks of NGOs have grown out of the role that NDPI and PIND played in linking groups and individuals together for impact.

Second, using a market-based approach helps identify and cultivate cross-sector relationships, partnerships, and alliances. Working with and through those connections has enabled NDPI and PIND to catalyze new resources into the region to spur inclusive and sustainable growth.

Third, by identifying and empowering local change agents, NDPI and PIND have inspired individuals and organizations to make change happen on their own. The change agents are supported with technical assistance and given access to a suite of knowledge, platforms and information to enhance their success. Essentially, this approach sees change makers, less as “beneficiaries”, and more as capable, discerning individuals that have their own preferences, ideas and skills that can be harnessed to create change in their communities.

Fourth, a commitment to developing sustainable market systems has helped to facilitate and catalyze economic opportunities in the region. A market-based approach leverages the power of the private sector to develop robust, dynamic market systems to accelerate and sustain positive socioeconomic impact in communities. This approach also focuses on securing sustainable and diversified funding sources for social enterprises to counter a cycle of dependency on donor funding. Far too often, once project-based development efforts finish, so do their benefits. While it often takes longer to design and implement market-based initiatives, the IGD report found the results were more sustainable and scalable and thus worth the extra time.

NDPI and PIND embrace the core principles of lean innovation. IGD used the term “lean innovation” to describe the process of piloting products, ideas or technologies first among small clusters of farmers, fish smokers or social entrepreneurs in local communities, learning what works and produces impact, and then adapting products to make them more competitive before introducing to large groups. This approach is often more cost-effective and welcomes collaboration, feedback, and continuous learning about the product or social investment.

The report also found that NDPI and PIND possess a “rare and strong organizational DNA” that make both organizations agile and high performing. The key to their organizational success is by bringing together the right mixture of individuals and partnerships to generate lasting benefits from a social investment. Hiring local development professionals who understand the culture, geography and context of the Niger Delta is also invaluable to the organizations.

NDPI and PIND’s holistic, market-based approach has achieved impressive results and has helped attract additional development resources into the region: including more than $92 million of new investments and some $730,000 in loans from local financial institutions since 2010.

The Road to Systemic Change

Achieving sustainable, systemic change is an ongoing process that requires time and the right blend of partnership and collaboration. Although the impact assessment confirms much progress has been made, it also reinforces that there is a lot left to accomplish to create the type of large-scale, transformative change we would like to see in the Niger Delta.

The recent uptick in violence in the region is a reminder that the pockets of progress made are still influenced by larger, macro socioeconomic issues.

Rather than viewing the recent, deteriorating security situation in the region as negating impacts created by NDPI, PIND, and their partners – we think it’s a call for even more concentrated, aligned resources from all stakeholders to magnify development efforts in the region.

We believe this is a period to refocus and reenergize – not retract – those resources. A sustained, collective commitment and investment of all development actors is required to drive long-term stability, impact, and progress in the Niger Delta. 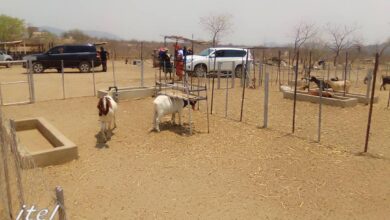