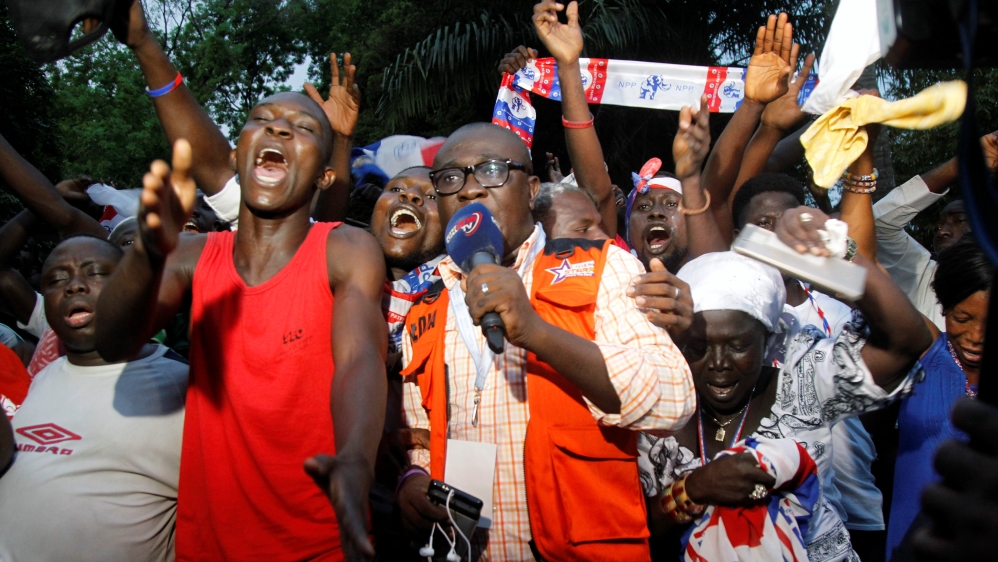 Ghana’s main opposition leader Nana Akufo-Addo said he was “quietly confident” he had beaten incumbent President John Mahama in the presidential elections, a claim promptly rejected by the ruling party.

The electoral commission has yet to release results from this week’s elections but the opposition said it had tabulated figures from individual constituencies.

Afuko-Addo told hundreds of supporters in the capital Accra on Thursday that his New Patriotic Party (NPP) had taken a majority of seats in parliament but he called for calm and urged patience to allow the electoral commission time to deliver the results.

“We in the NPP are quietly confident that we have won a famous and historic victory,” Akufo-Addo said.

Officials from Mahama’s National Democratic Congress (NDC) rejected the claims and said the incumbent was on track for re-election.

Al Jazeera’s Nicholas Haque, reporting from the capital Accra, said that Ghanaians were anxiously waiting for the final results.

“Outside the election commisison, police are out in full force and they want to ensure that the outcome is peaceful,” our correspondent said.

Mahama is running for a second and final term in office against the backdrop of an economy that has slowed since he took office in 2013, partly because of a slump in global prices for its exports of gold, cocoa and oil.

Akufo-Addo, a former foreign minister, has focused on Ghana’s economic woes as a campaign theme, and has repeatedly accused Mahama and the NDC of incompetence.

Akufo-Addo’s statement was the first by a major party leader since the election and reflects opposition belief that after eight years in the wilderness it has won back power.

However, it also appeared aimed at tempering NPP members’ earlier claims of an insurmountable lead for Akufo-Addo and calls for Mahama to concede defeat.

“The NPP has done everything to try to bastardise the 2016 general election. We are doing our analysis and President Mahama is leading Akufo-Addo,” Koku Anyidoho, a senior NDC official, told a news conference.

Website GhanaWeb gave results for 160 constituencies and said Akufo-Addo had 55.8 percent with Mahama on 42.5 percent. Minor candidates took the other votes.

Seven candidates are contesting Ghana’s presidency. If no one wins a majority, there will be a runoff between the top two.

The election has tested the Ghana Electoral Commission and its new Commissioner, Charlotte Osei. Observers reported almost no major problems on election day but the NPP and the National Peace Council on Thursday urged the commission to start releasing results quickly.

Osei told a news conference that the commission had collated results from 90 constituencies and would release them, though she gave no timeframe. She said technical problems had delayed other results.

“We want to assure you that we cannot change the results in any way. We cannot manipulate those results,” she said.

The post Ghana opposition is ‘confident’ it has won election appeared first on African Media Agency. 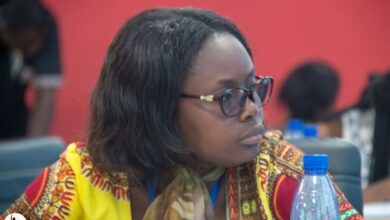