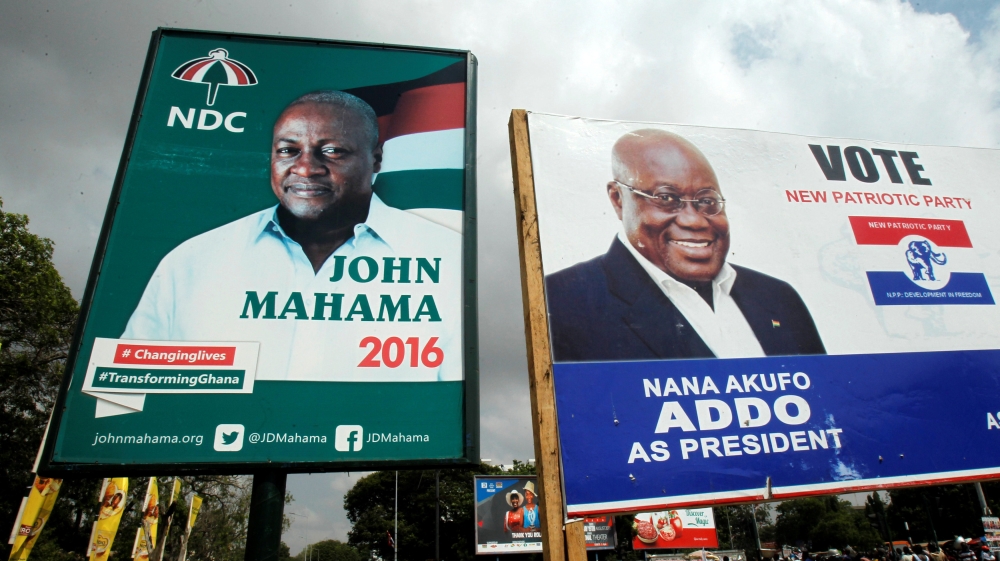 Ghanaians are casting their ballots in neck and neck presidential and parliamentary polls, held at a time of economic woes and corruption scandals that have eroded President John Mahama’s lustre.

Mahama’s main rival is veteran politician and former foreign minister, Nana Akufo-Addo. The winner of Wednesday’s election will serve a four-year term in a formerly booming country that has seen its economy sputter, currency deteriorate and inflation soar.

There are some 15 million registered voters. Polling started at 07:00 GMT and will close at 17:00 GMT across the West African country.

An exporter of gold and cocoa, and one of Africa’s most successful oil exporters, Ghana was once hailed as a regional growth model but has now taken on too much debt.

There are seven candidates battling for the top job and, if the smaller parties perform well and deny either man a majority, a presidential run-off will be held later in December.

Mahama, 58, is running for a second term, with Akufo-Addo, 72, making his third, and likely last, bid for the highest office.

Leaving nothing to chance on the last day of campaigning on Monday, Mahama held three rallies in the major swing regions of Brong-Ahafo, Ashanti and Greater Accra.

Mahama has announced several infrastructure projects during the campaign.

“Throughout the election campaign, the president approved a series of major and eye-catching infrastructure projects to prove to voters that government spending was not going to waste or being stolen,” said Al Jazeera’s Nicholas Haque, reporting from Accra.

“But the trouble is Ghana is spending more than it can afford. There are hospitals left half built. Despite pressing need for medical staff, the state can’t afford to pay nurses or doctors any more.”

Akufo-Addo, on the other hand, has campaigned on Ghana’s poor economic growth, the slowest rate in two decades, at 3.3 percent in 2016, according to the International Monetary Fund (IMF), and has outlined detailed plans to get the economy back on track.

He has lambasted Mahama’s ruling National Democratic Congress (NDC) government over a series of corruption scandals in which scores of judges have been implicated. Critics say he squandered the country’s commodity wealth and turned a blind eye to graft within his inner circle.

During his tenure, the Bank of Ghana controversially bought half a million dollars worth of gold Swiss watches for some of its staff.

The leader of the New Patriotic Party (NPP) has also alleged that the ruling party is fomenting violence, a claim Mahama denies.

But tension is rising in advance of the high-stakes election.

Police said an NPP supporter was beaten to death, with six others left in critical condition, in clashes between supporters of the two main parties after a rally in the north on Monday.

Elections in Ghana are famously closely fought, with Mahama narrowly winning in 2012 with 50.7 percent. 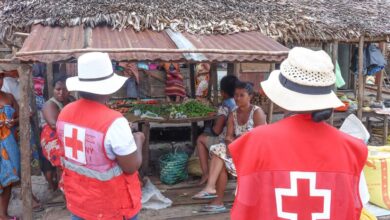