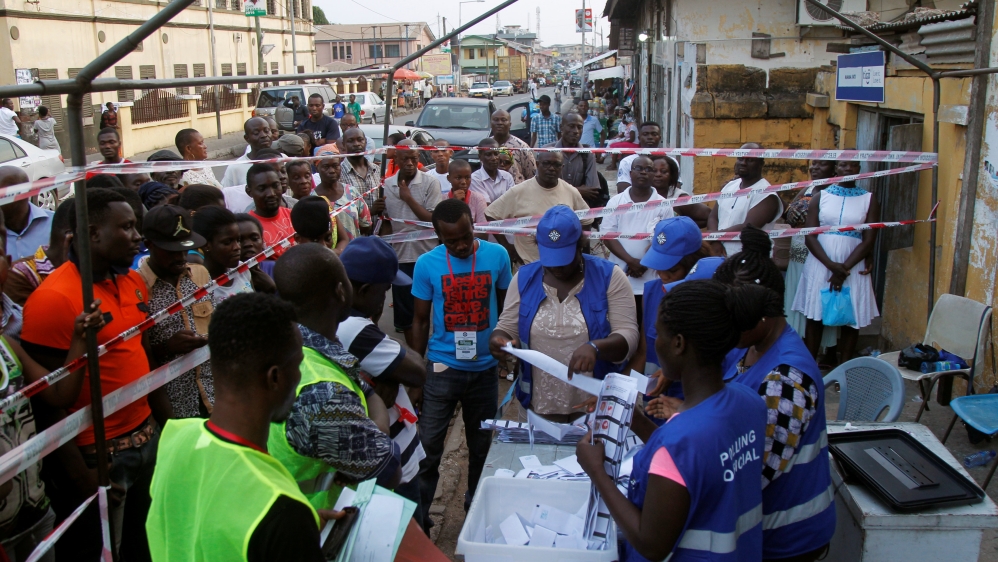 Counting was underway in Ghana on Thursday after presidential and parliamentary polls closed, in what has been touted a close contest between incumbent John Mahama and his rival Nana Akufo-Addo.

The elections come at a time of severe economic decline in the West African country, and amid a volley of accusations of financial mismanagement on part of the ruling party.

For years, Ghana was one of Africa’s most dynamic economies. But it slumped in 2014 as commodities prices fell, and a fiscal crisis widened the budget deficit and elevated inflation.

Akufo-Addo’s New Patriotic Party says the government has mismanaged national finances, including revenue from oil from an offshore field operated by British company Tullow that became operational in 2010.

The government has denied the accusations and urged voters for vote it, arguing that growth would return to at least eight percent in 2017.

“Every Ghanaian should exercise their civic responsibility and come out and vote. The destiny of our country depends on it,” Mahama said as he cast his ballot in the town of Bole, Northern region.

At least 15 million people were registered to vote in Wednesday’s election. A run-off between the top two candidates will follow if no candidate wins a majority.

Reports showed few voting problems, according to the Coalition of Domestic Election Observers. But voting was re-scheduled for Thursday in Jaman North constituency in Brong Ahafo region because of security concerns and logistical problems.

There are seven presidential contenders, including five minor candidates. In a parallel parliamentary vote, 275 seats are being contested.

Elections in Ghana are famously close races, with Mahama narrowly winning in 2012 with 50.7 percent.

Ghana is considered a beacon of democracy in West Africa, and has a history of peaceful elections.

The government of the day has lost power twice since 2000. But ahead of this week’s election there were reports of voter intimidation. Police said one person was beaten to death, with six others left in critical condition, in clashes between supporters of the two main parties after a rally in the north on Monday.